Some Fun with Eurydice 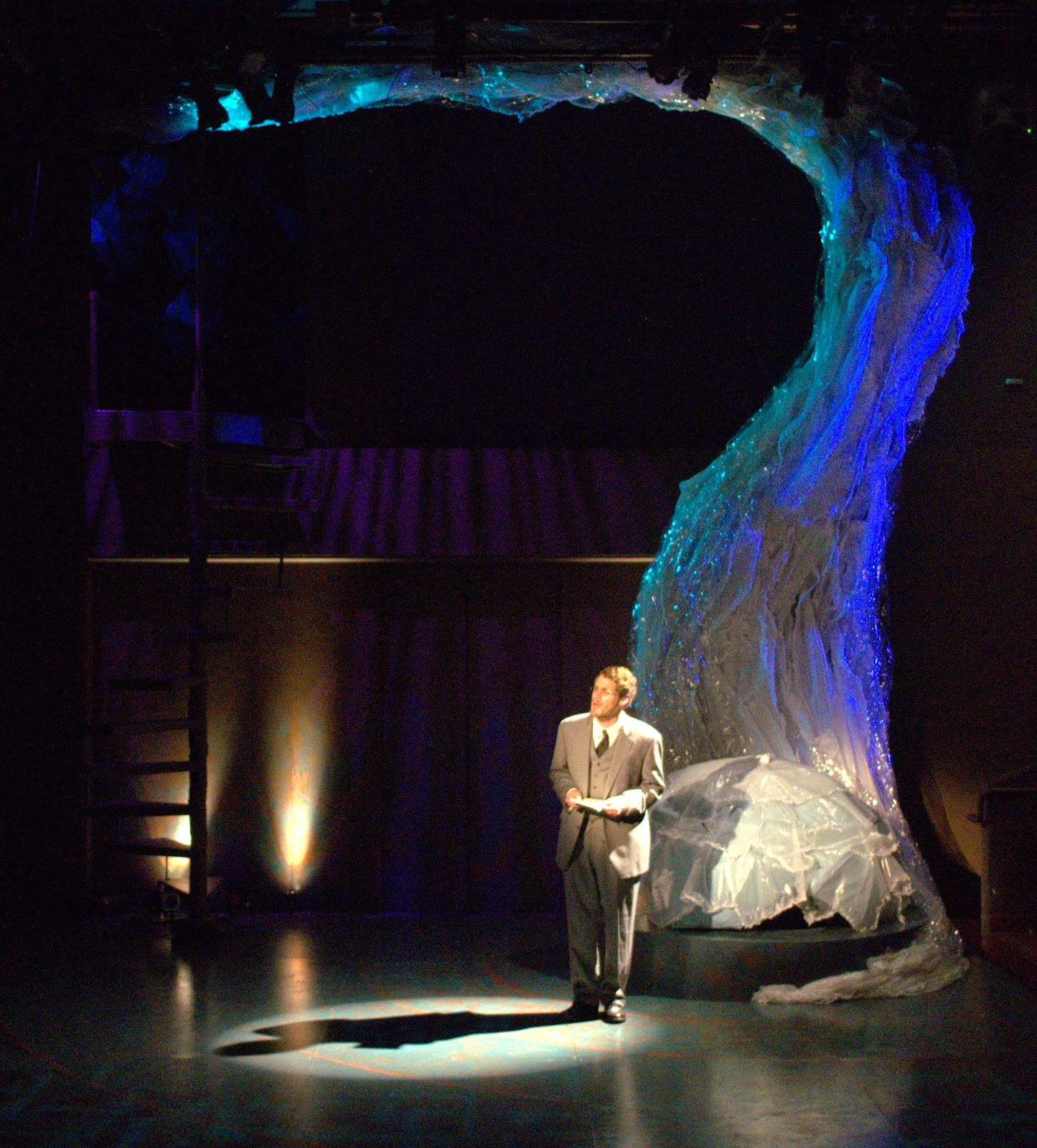 So my latest efforts have been on a show we've mounted at the University of San Diego called Eurydice.  It was written by Sarah Ruhl, who loosely adapted the myth of Orpheus and his descent into hell to retrieve his love, Eurydice, and bring her back to the living world.  We decided to do Sarah Ruhl's version of the story in part because it was so beautifully lyrical and filled with lots of visual opportunities for expression.

Ruhl's version centers on the relationship between Eurydice and her Father.  There is a chorus of Stones that interject comments on the action, and the Lord of the Underworld is represented as a Child figure.  The Underworld is described by Ruhl as having a warped Alice in Wonderland feel.  We decided we would push our production's underworld toward a circus-effect, making it more colorful, vivid, and eternal than the world of the living--which is drab by comparison.  Our Underworld was abstract with punches of color, while our Upperworld was presented in yellows, browns, sepia tones and shadow play.  We also made our Child a puppet, who forces himself to grow up for Eurydice so he can marry her.  He reappears as a man on stilts for the impending marriage he is forcing on Eurydice when Orpheus loses her. 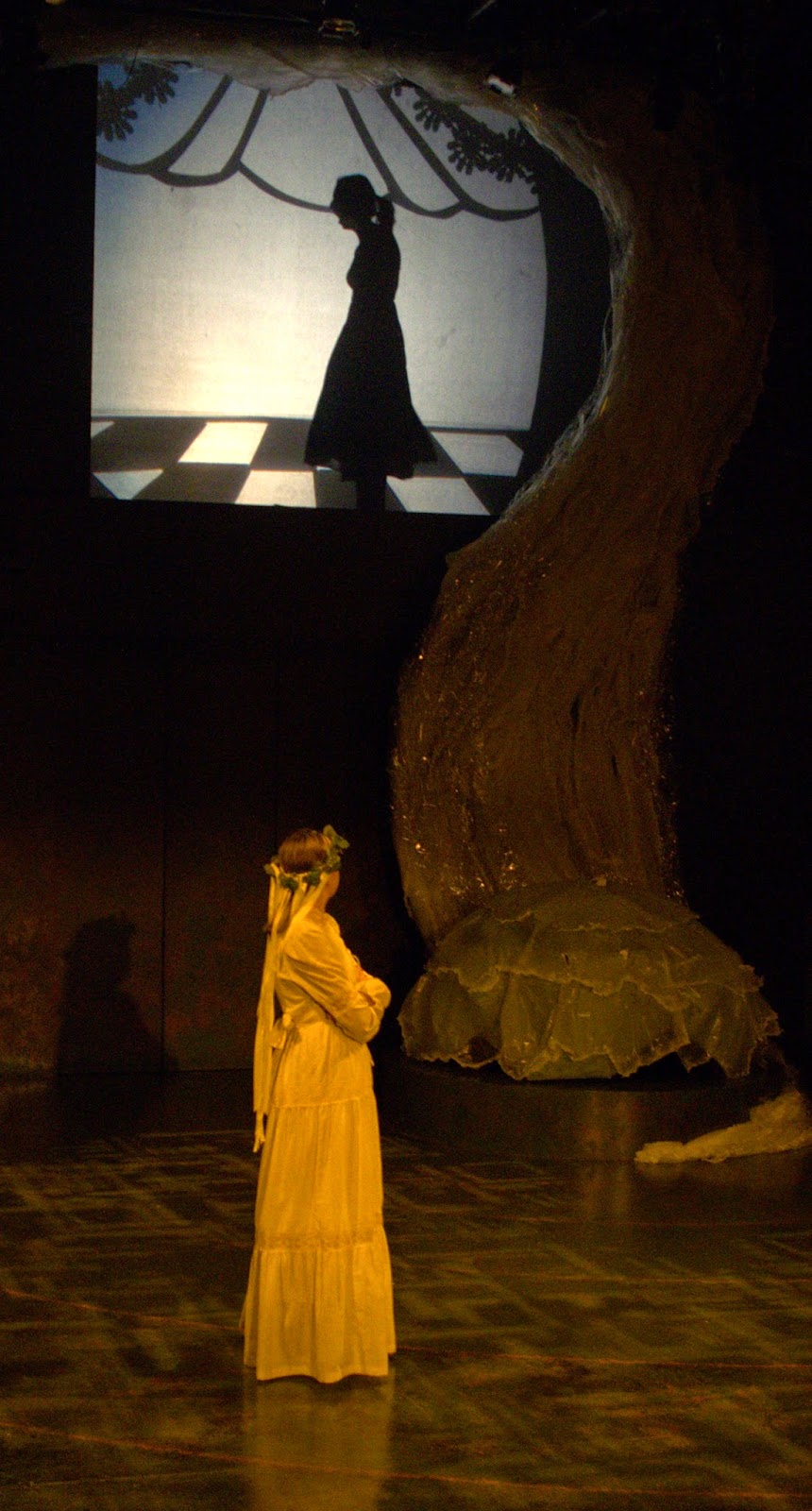 On her wedding day, Eurydice trips and dies in a fall.  She discovers her Father in the Underworld, who helps her regain her memory of the Upperworld and rediscover her love for her husband--all dead people are dipped in the River Lethe to erase the pain of their loss.  As she remembers, they rekindle their own relationship.

The myth says that Orpheus plays music that makes the very stones cry, and the Lord of the Underworld agrees to let him take Eurydice back on one condition:  they cannot see each other on the trip back into the land of the living.

In the end, Orpheus descends into the Underworld but turns around to see her when Eurydice calls his name, losing her forever.  In the meantime, Eurydice's Father dips himself in the River Lethe to make himself forget his loss of Eurydice as she returns to the land of the living, not knowing they have seen each other.  Eurydice runs back to her Father and dips herself in the river when she discovers he doesn't recognize her anymore. And then Orpheus kills himself to descend a second time but loses his memory as well.

Triple tragedy.  But beautifully written.  The student actors would love it. 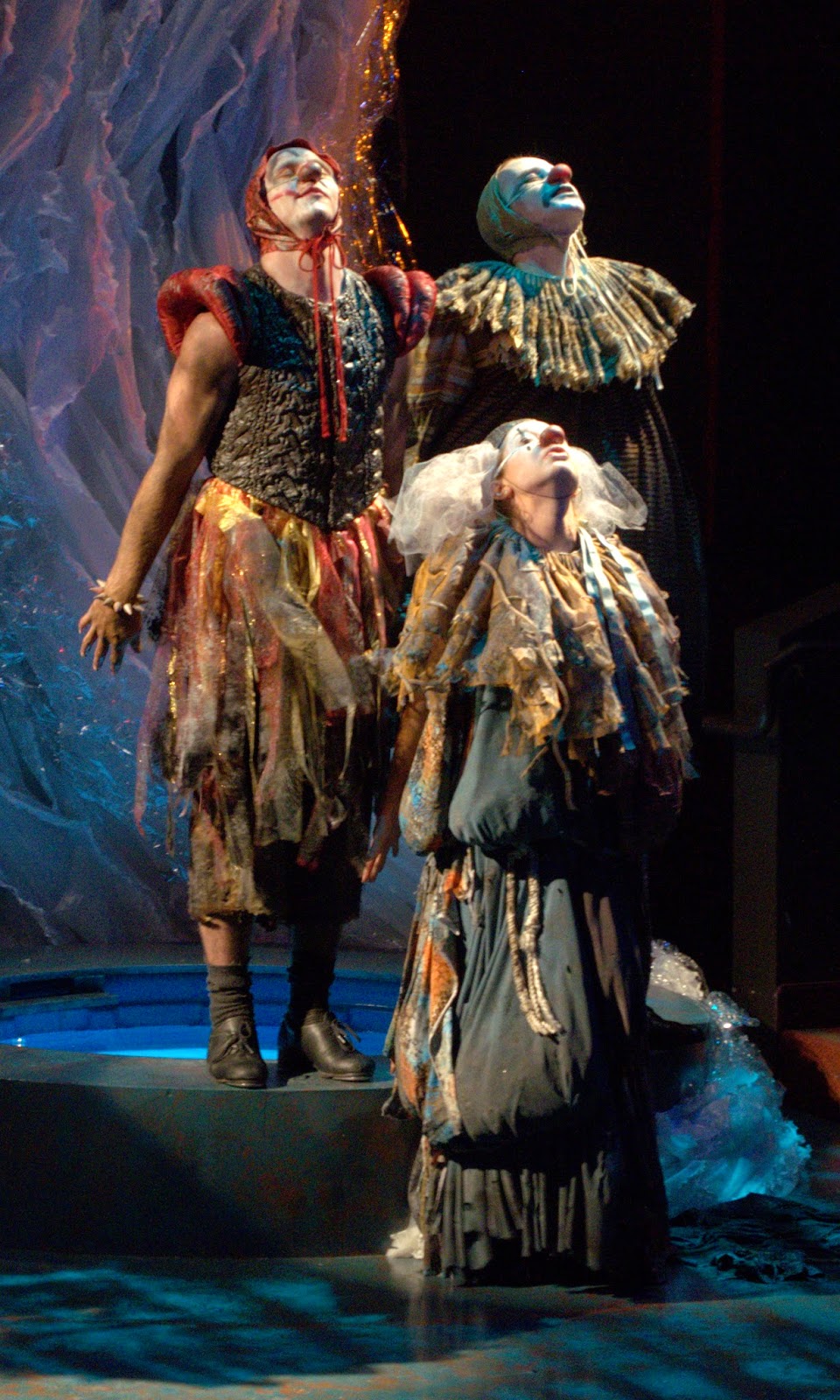 Our conversations about what the show might look like started months before the auditions for the show began, so as the show was rehearsing we were constructing parts of the set and building the costumes. Nate Parde (our Lighting Designer/Technical Director), Robin Roberts (our Scene Designer), myself, and George Ye (our Sound Designer) all sat down with the Director, Lisa Berger, several times before rehearsals ever began.  We developed the look and sound of the show and got to work.

And it opened this week.  Here are some pics of the finished product.  I think, personally that this is one of the most visually striking shows we've ever done at USD. 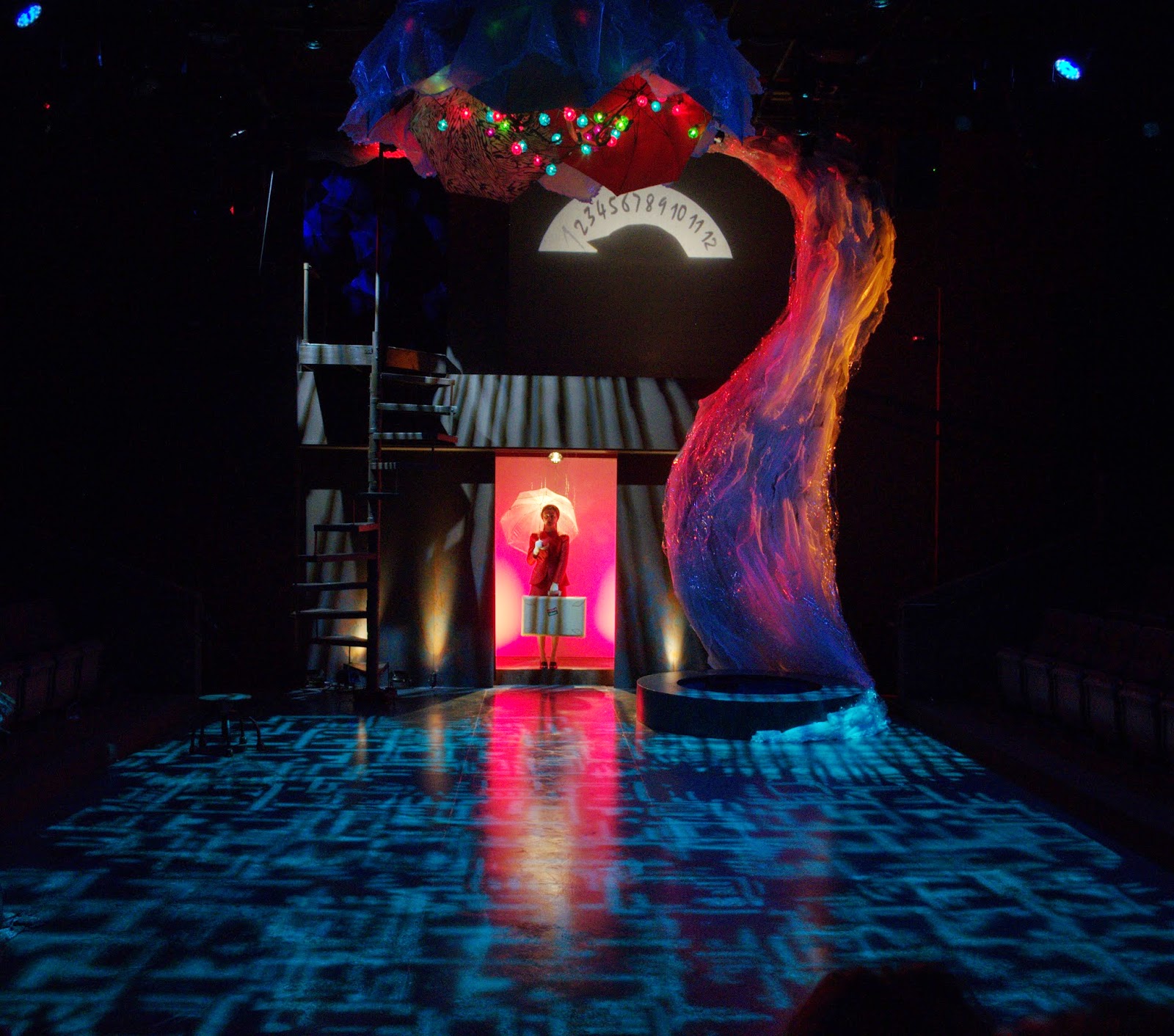 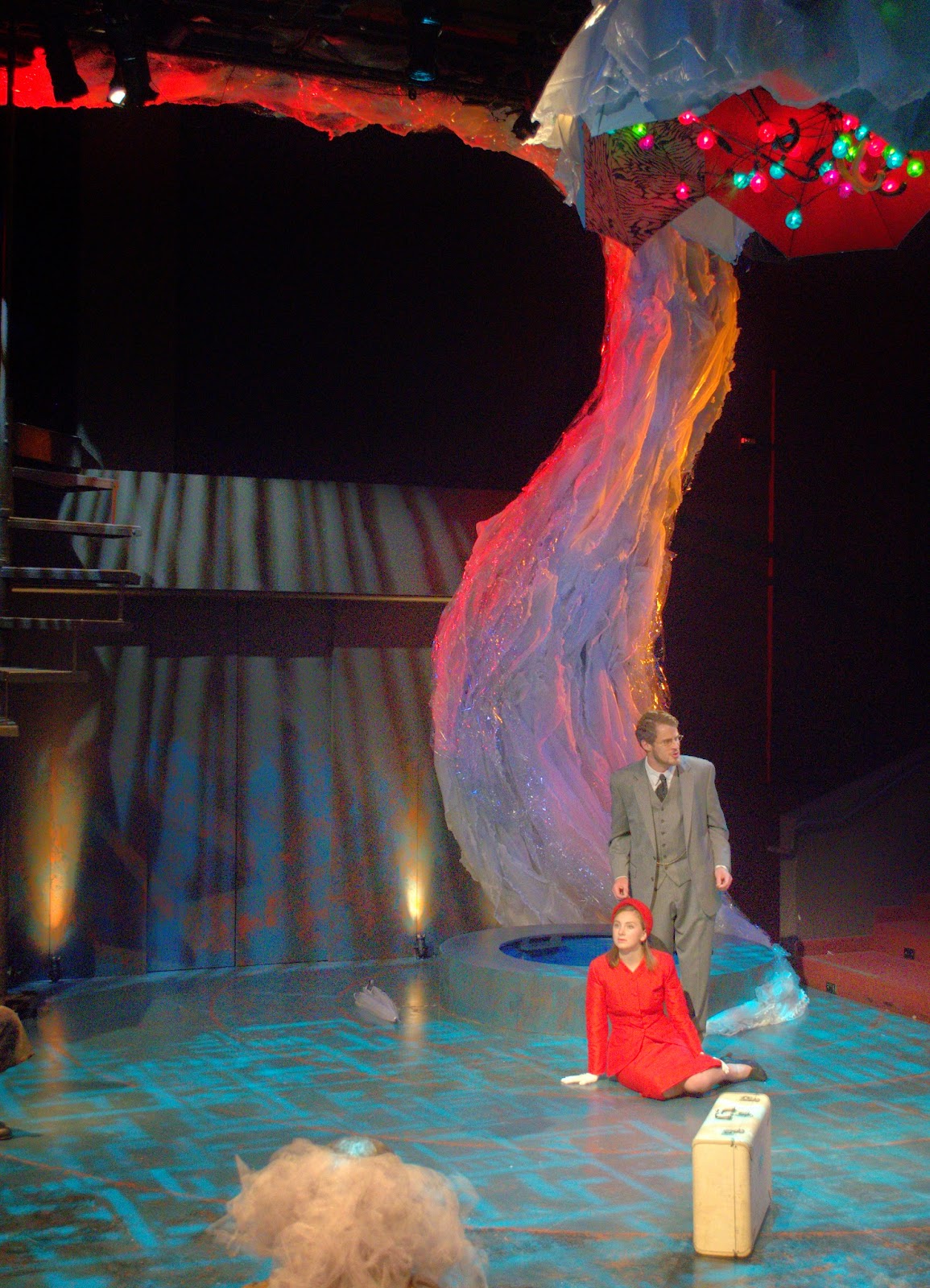 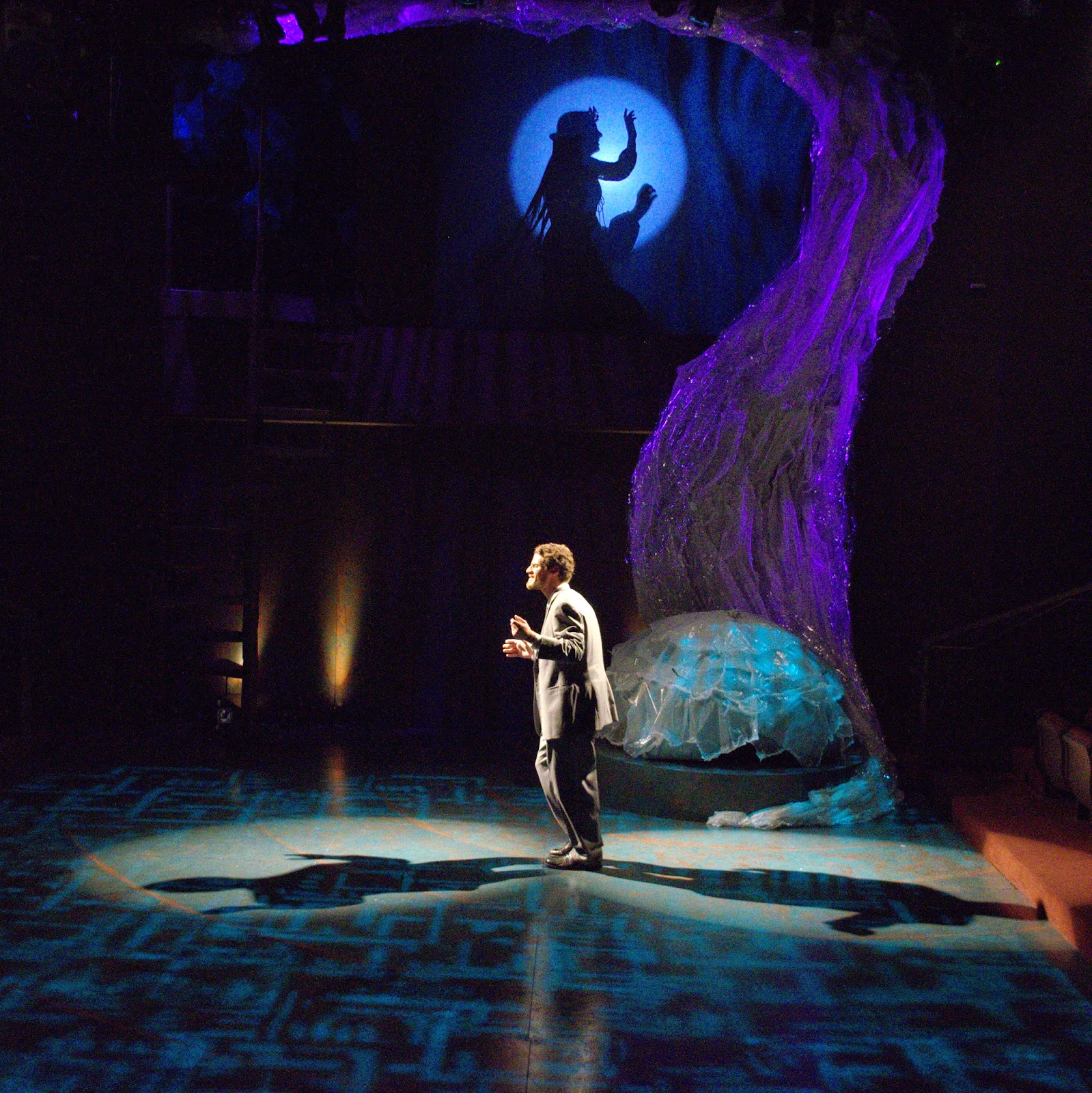 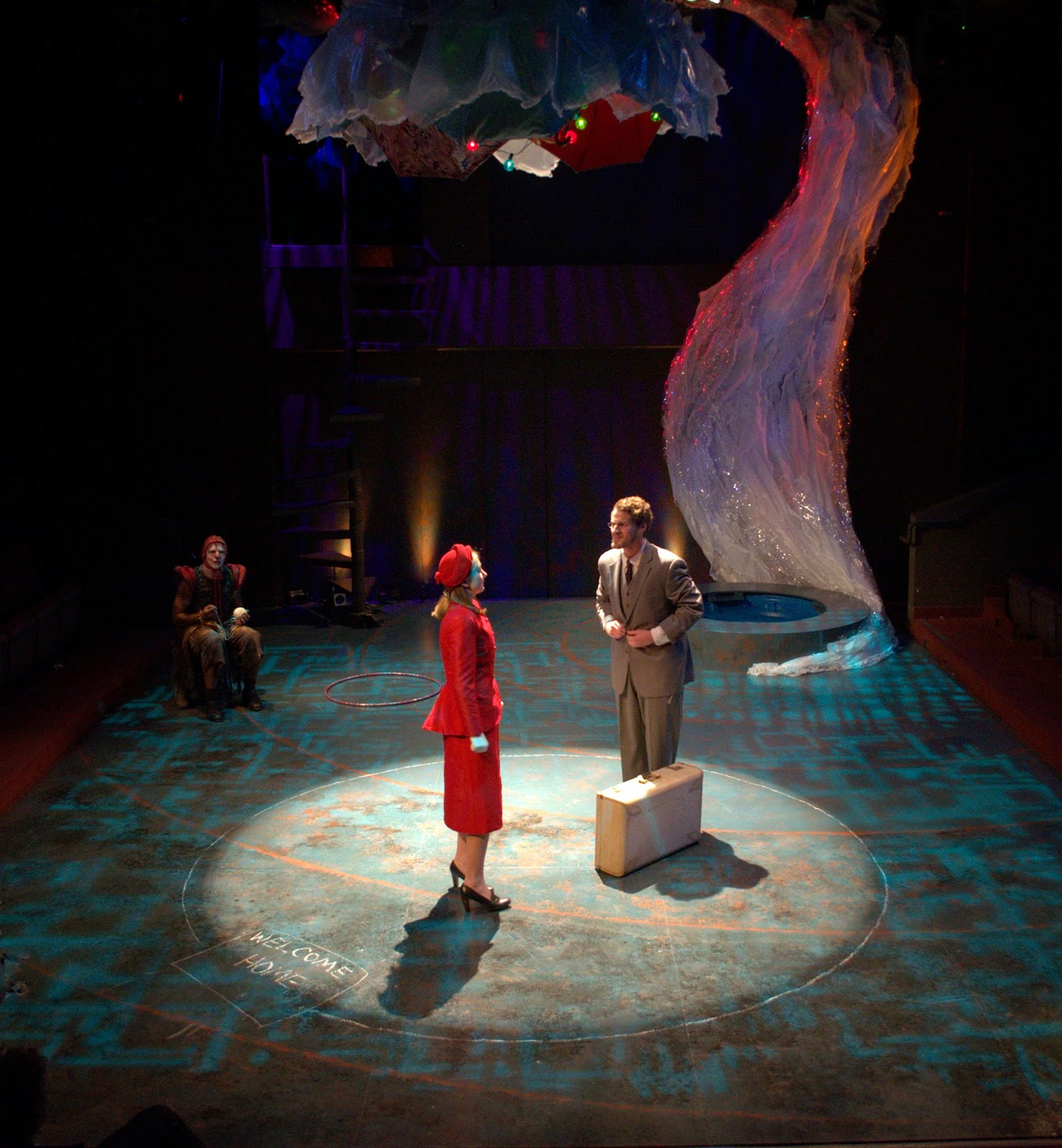 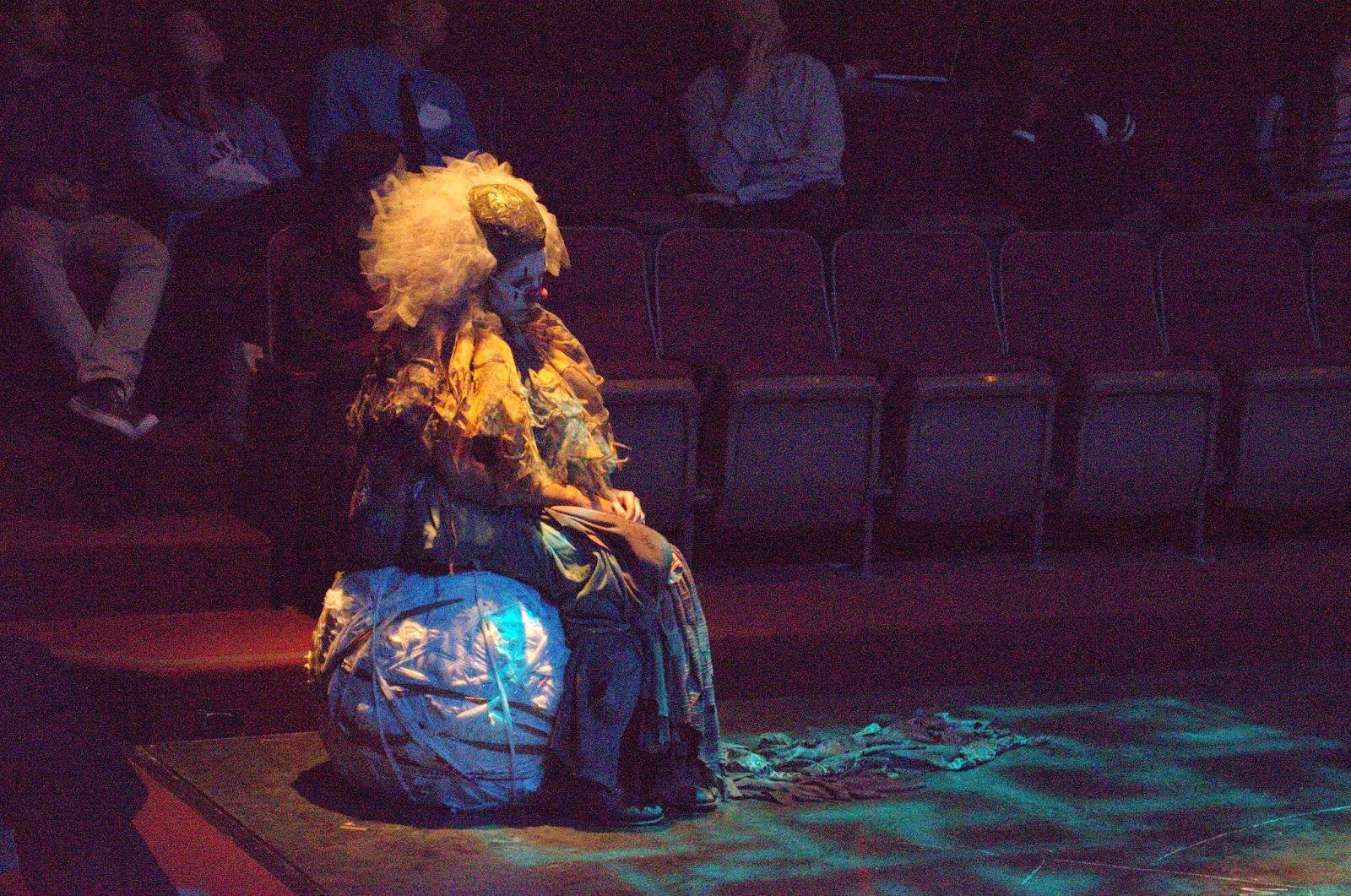 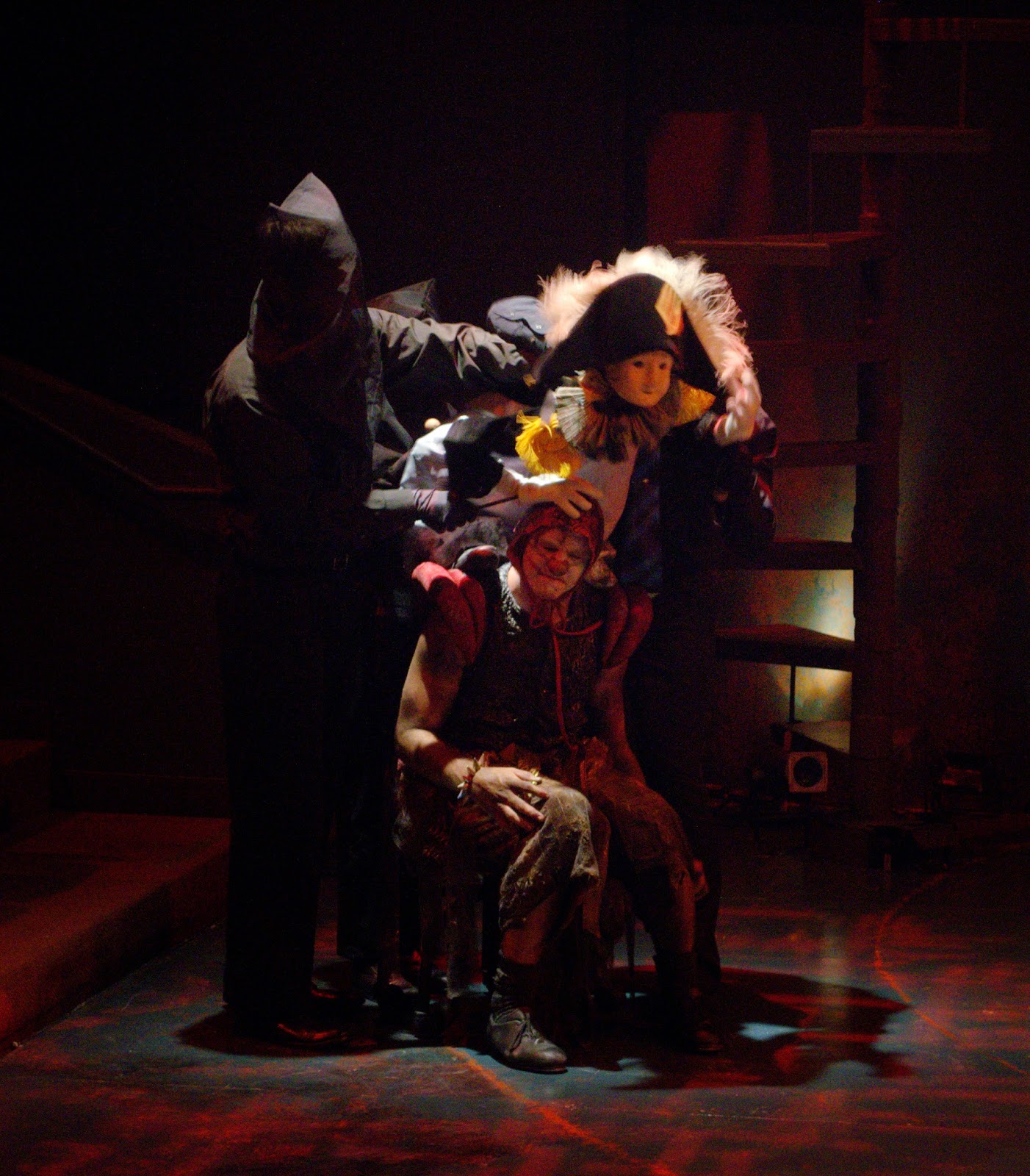 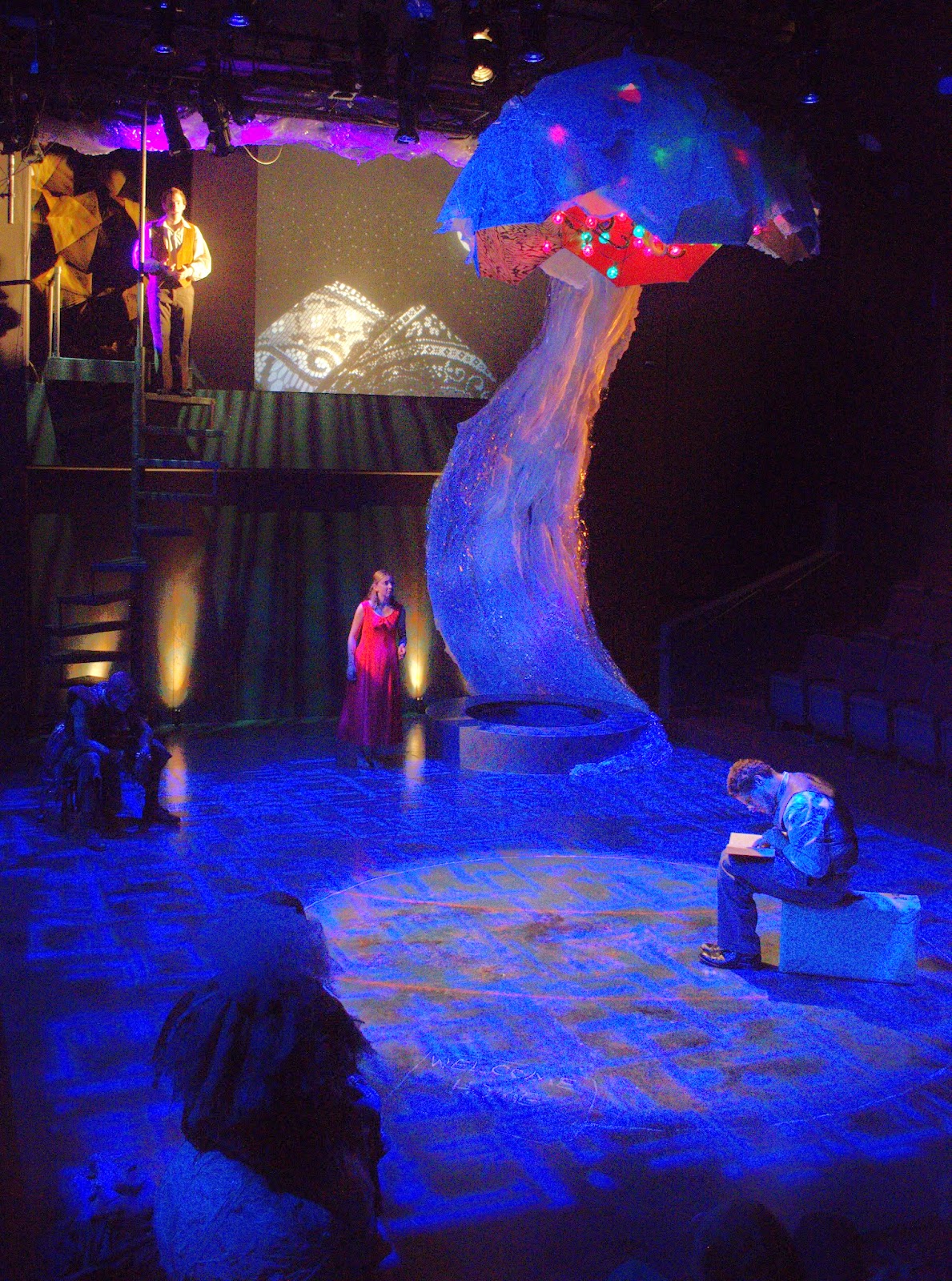 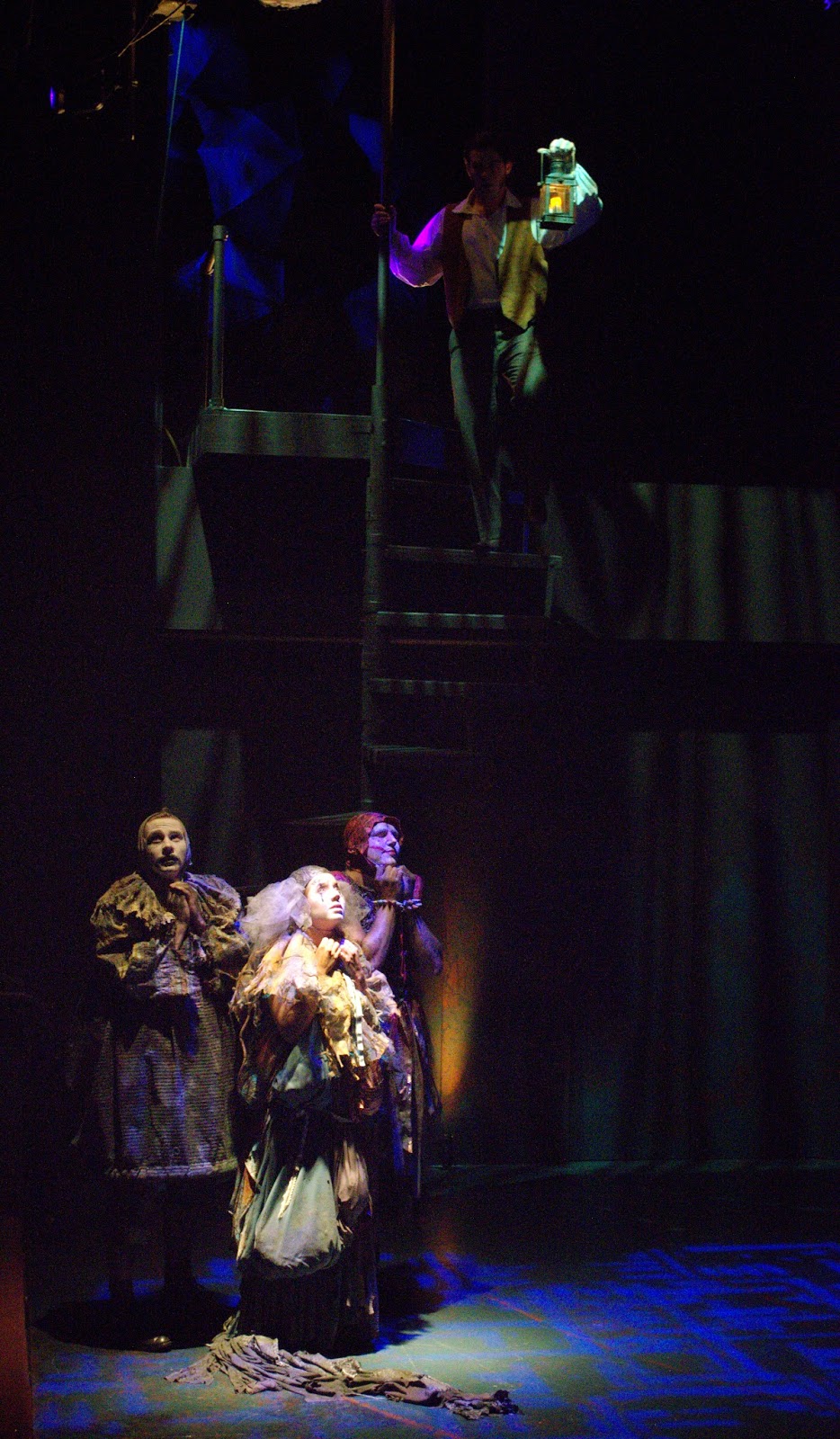 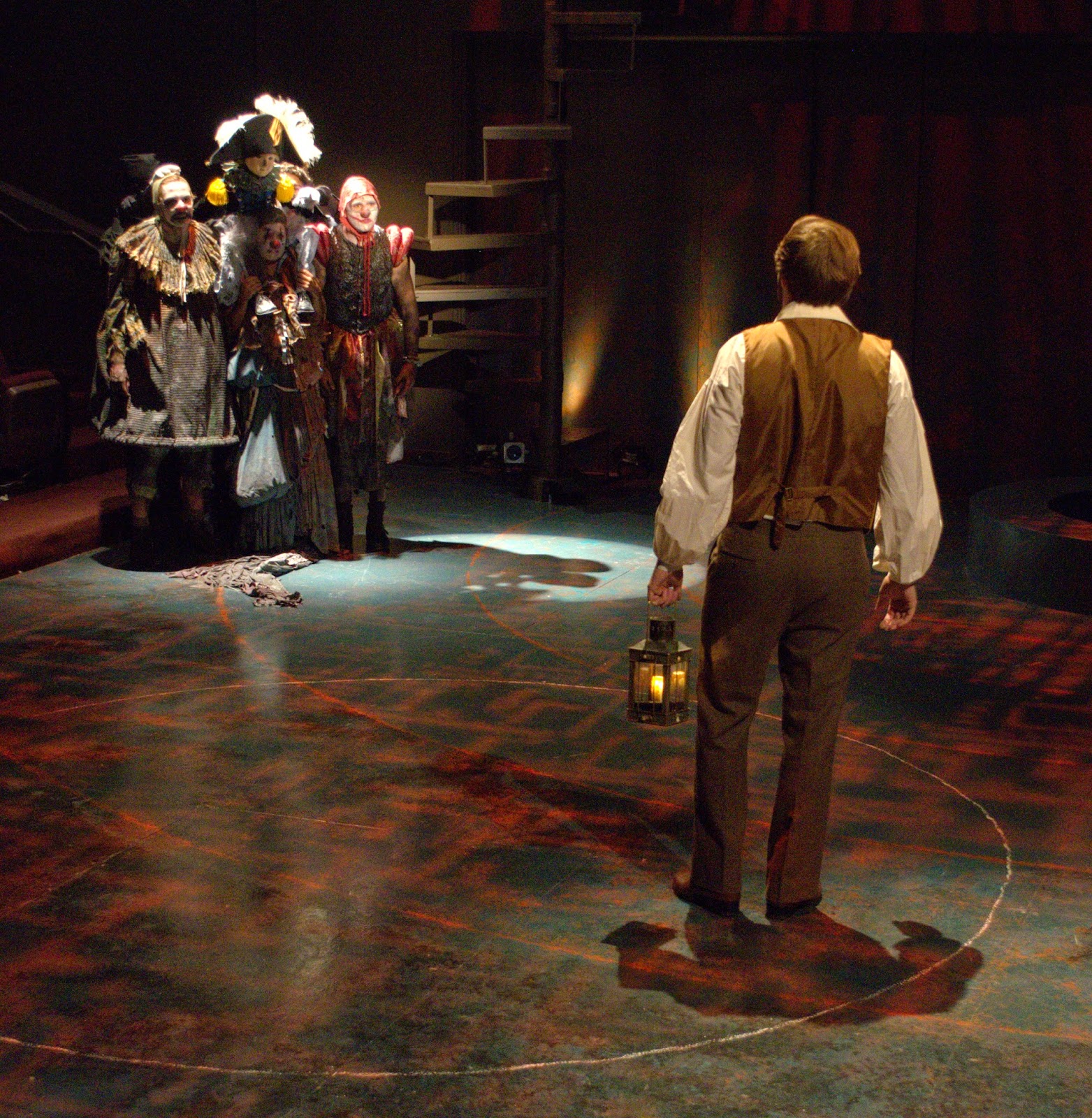 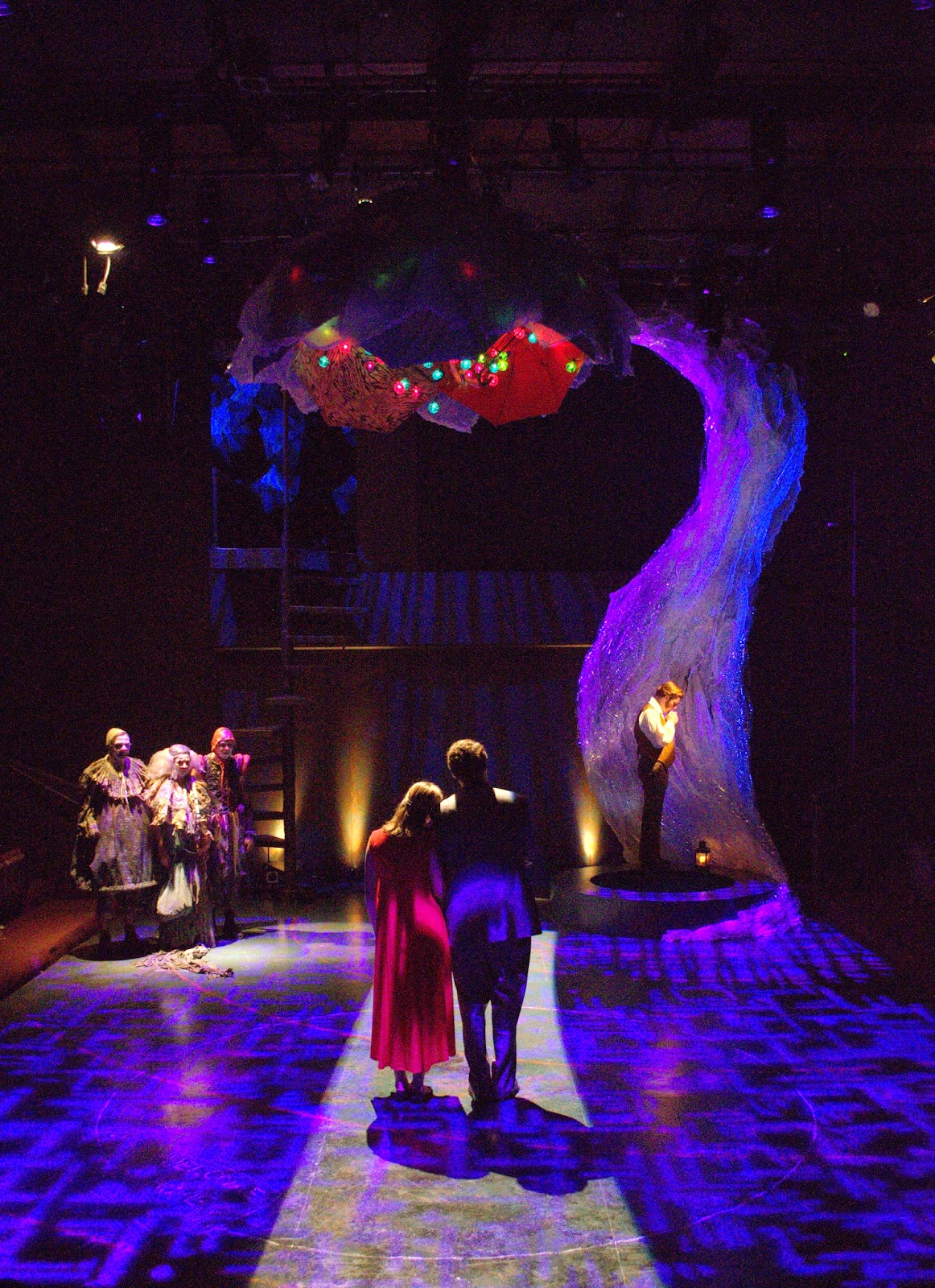 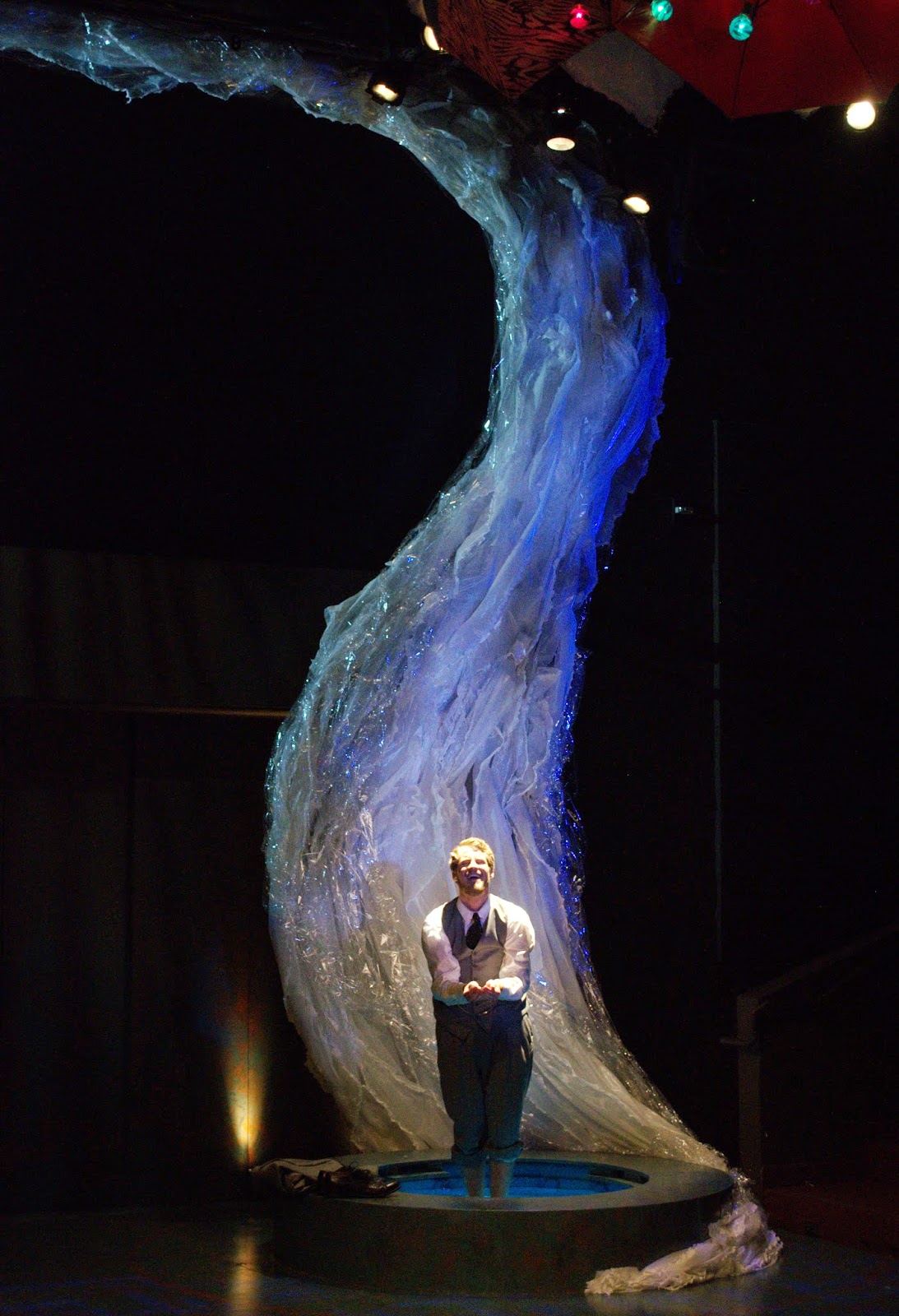 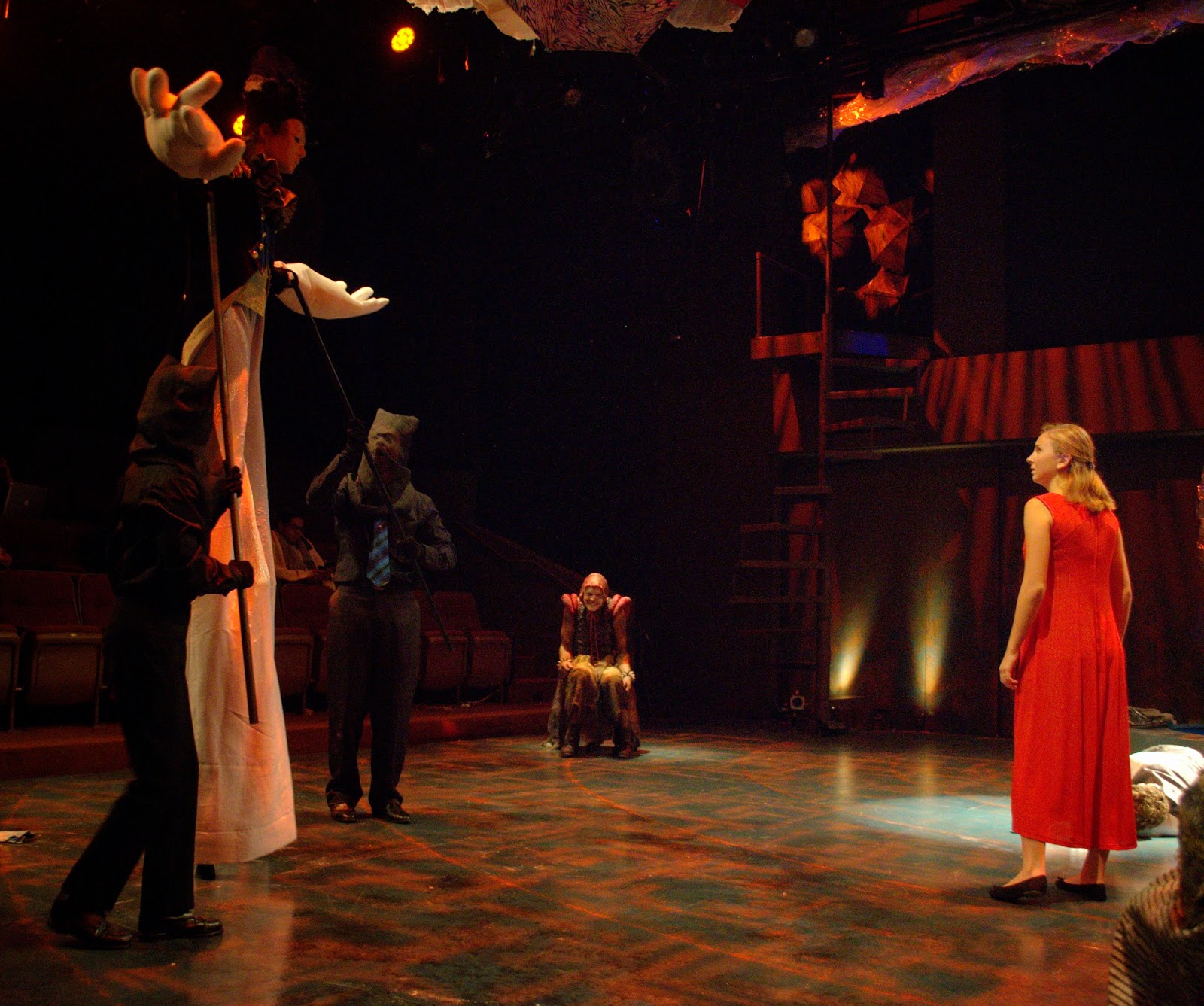 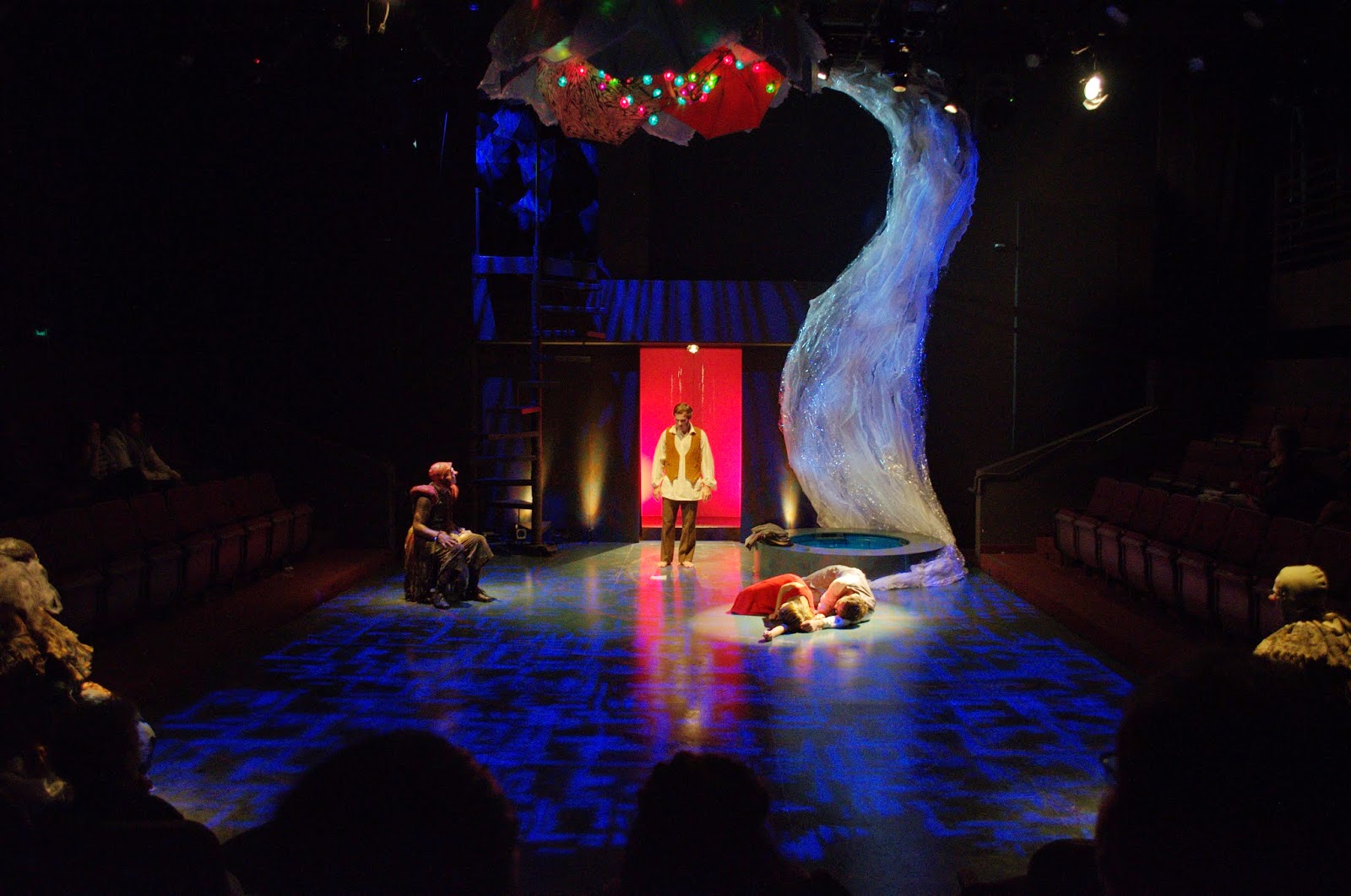