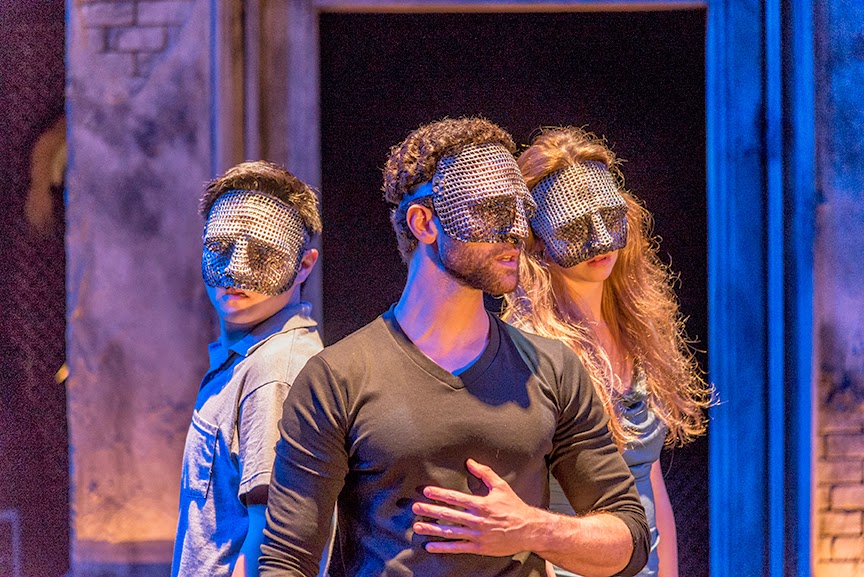 A recent production of Antigone was mounted by the Old Globe/USD MFA Program at the University of San Diego.  I got to make masks for the Chorus characters, and I thought I'd share with you what they ended up looking like.

Traditionally, Greek theatre has a group of masked men who are a Chorus.  In this case, 12 citizens of Thebes share the stage throughout the play with the named characters.  They act as a unit, speaking in unison and performing choreography.  They are the "sounding board" for the audience--saying what the viewers of the play might be feeling about what the characters are actually doing.  They speak with the characters, providing philosophical debate and enhancing the story by fleshing out details that the characters don't. 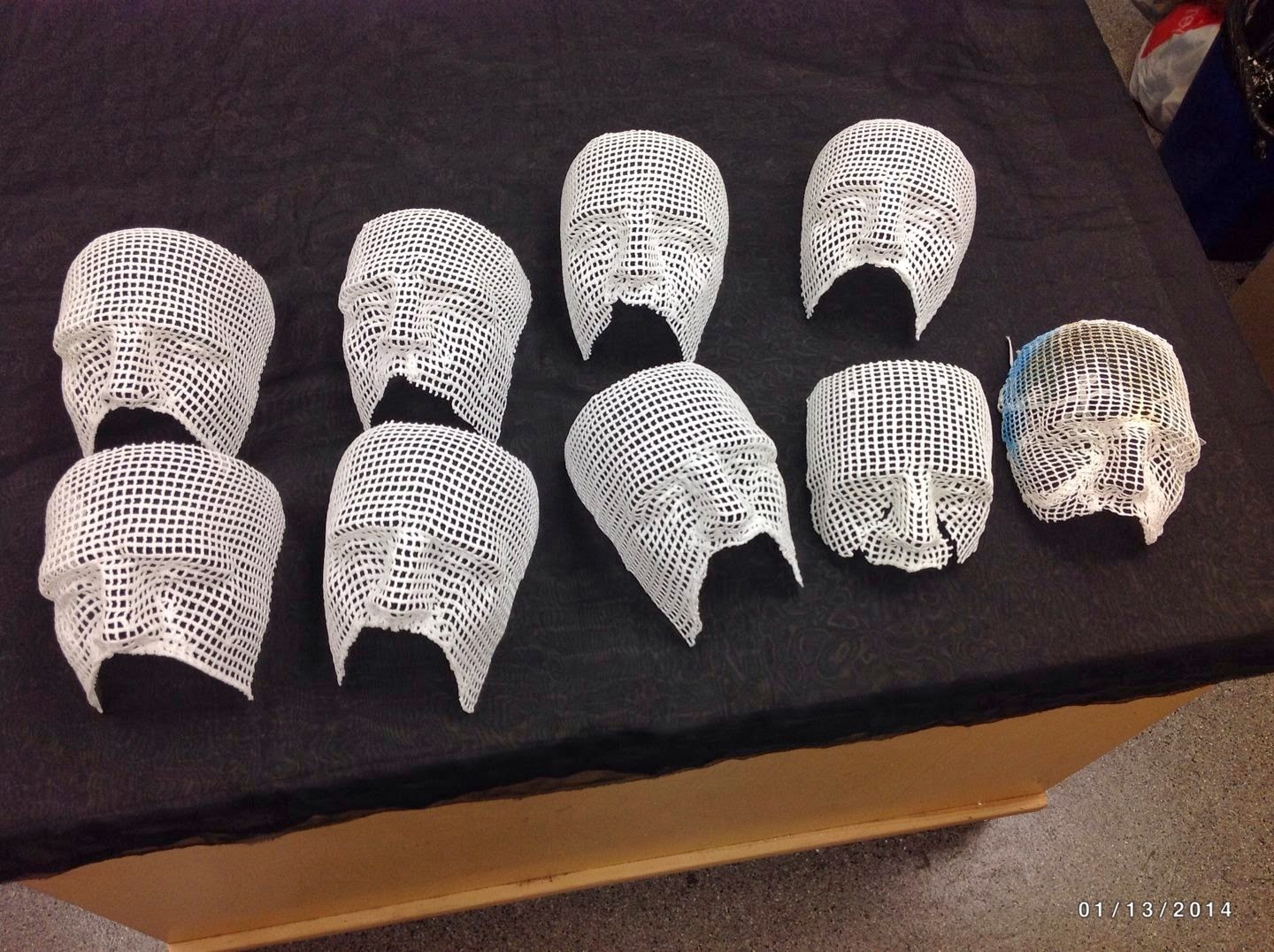 So I got to make masks.  The seed of the idea came from Ray Chambers, the show's Director, who had worked with this type of thermoplastic mask (Varaform) in his past.  He wanted the masks to be able to be seen through, but not have "recognizable eyes".  He developed a positive mold "face" to shape the masks over (inspired by the Statue of Liberty), and I took it from there.

We didn't want them to look specifically like thermoplastic in it's raw state (although that could be an effective design choice for a different theatrical production).  We wanted the masks to look like they were older, passed down from generations of telling Greek stories.  I wanted them to look like past glories that had faded over time--much like the house of Oedipus and his tragic family (whom this story is about).  They were relics used to perform this play over and over, much like a church's box of costumes and props might be used in the remounting of a Nativity scene through the years.

The thermoplastic gets soft with heat, and I cut pieces that were the appropriate size we needed to fit over the face, then heated them up in hot water and draped them over the plaster mold.  I adjusted the fit by heating them up carefully with a hair dryer.  We fit the masks to each actor individually and made adjustments to accommodate their individual faces, rounding off the edges and fitting the elastic. 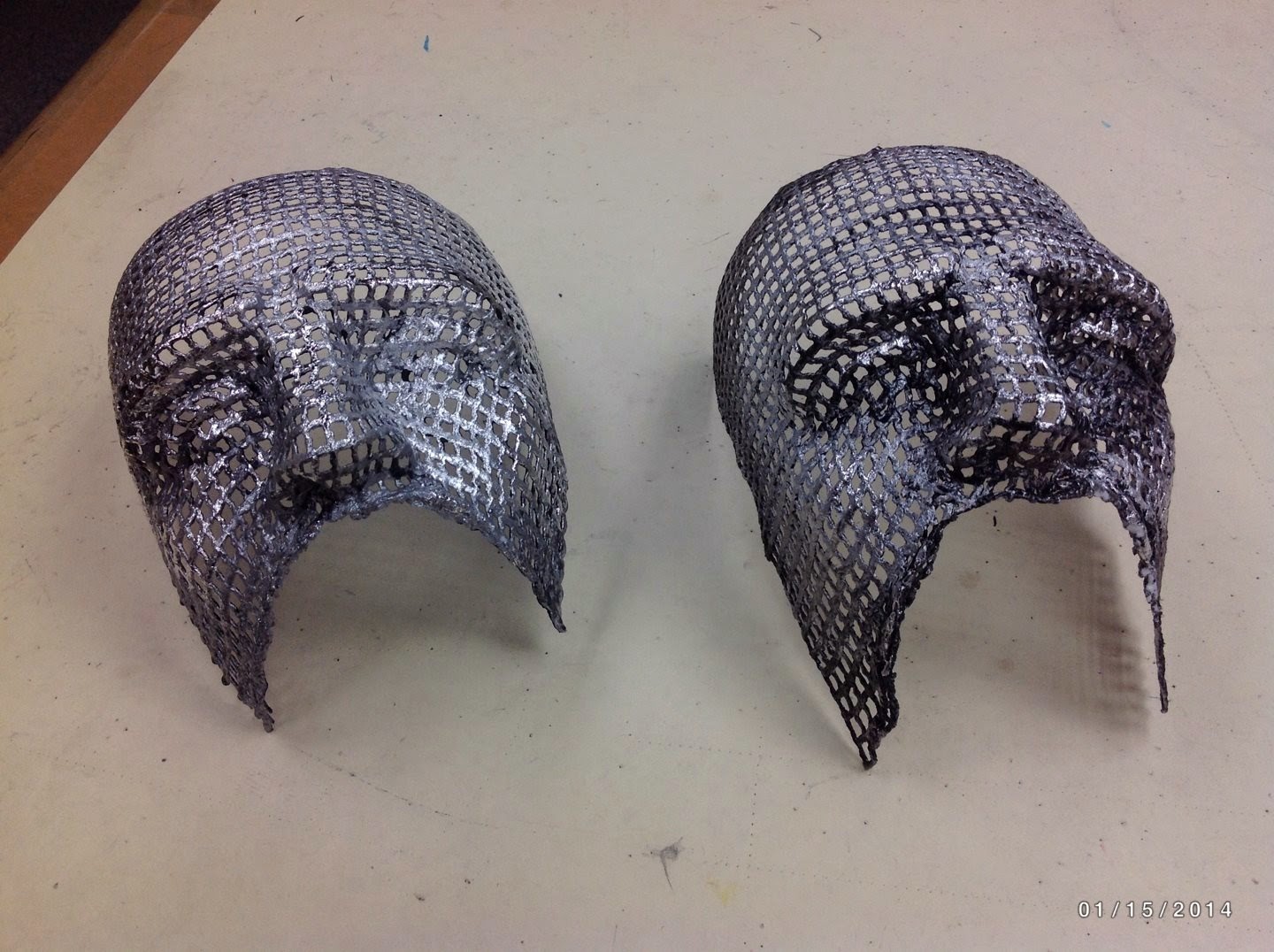 I then painted them to try to look like old silver that had a patina on it--a flattened thick wire mesh.  I bought primer and metal coating, then enhanced the silver base with a black tinting fluid, thinned black acrylic paint, and platinum powder to add dimension.  Over the top, I used silver leaf and mirror leaf to enhance the ability to catch and reflect light.  I painted the insides black, used silver fabric paint on the elastic (to make it look less distracting), and attached them to the masks over a second solid piece of a different kind of thermoplastic with cap rivets.

A sealer to keep everything contained, and they were done.

I learned a lot--there was a HUGE and expensive learning curve in order to figure out how to get these things done.  I had to educate myself by trial and error.  But in the end, I know now what products will work best to accomplish what I need, and if I need to make more I can easily replicate them for future endeavors. 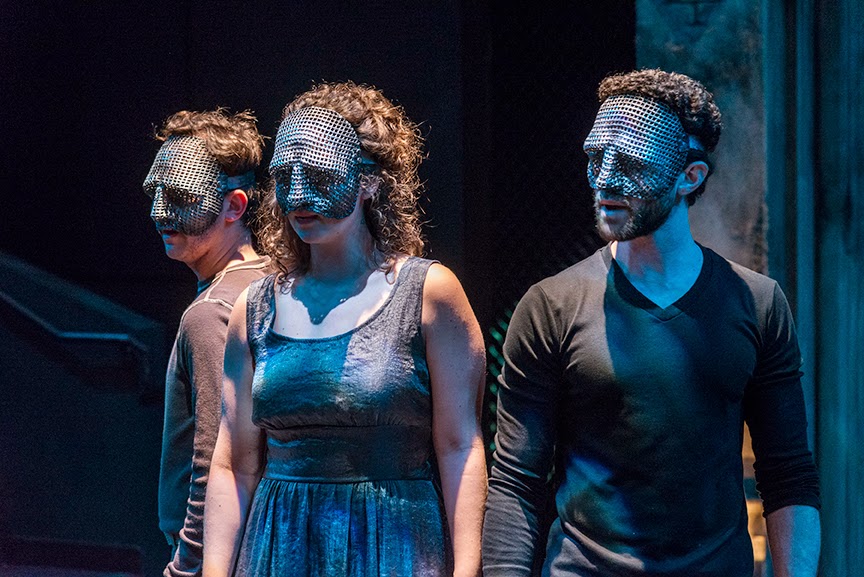 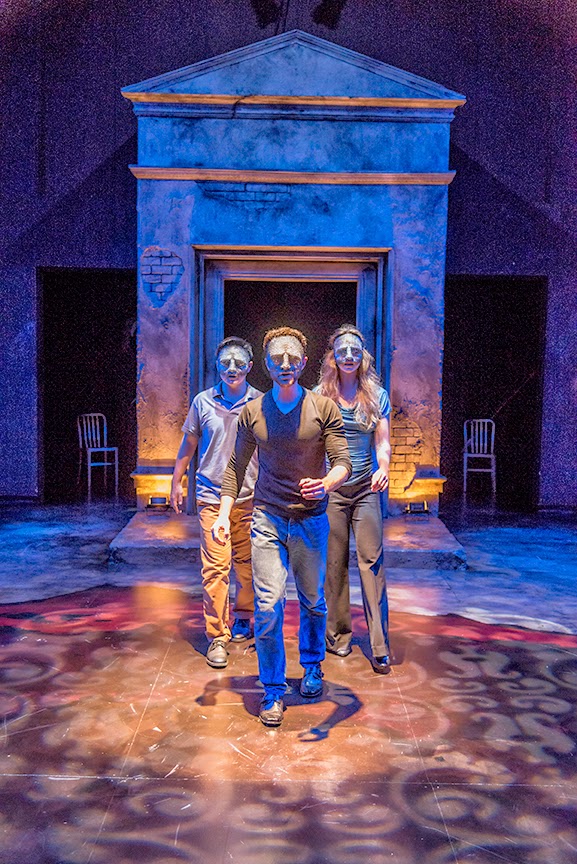 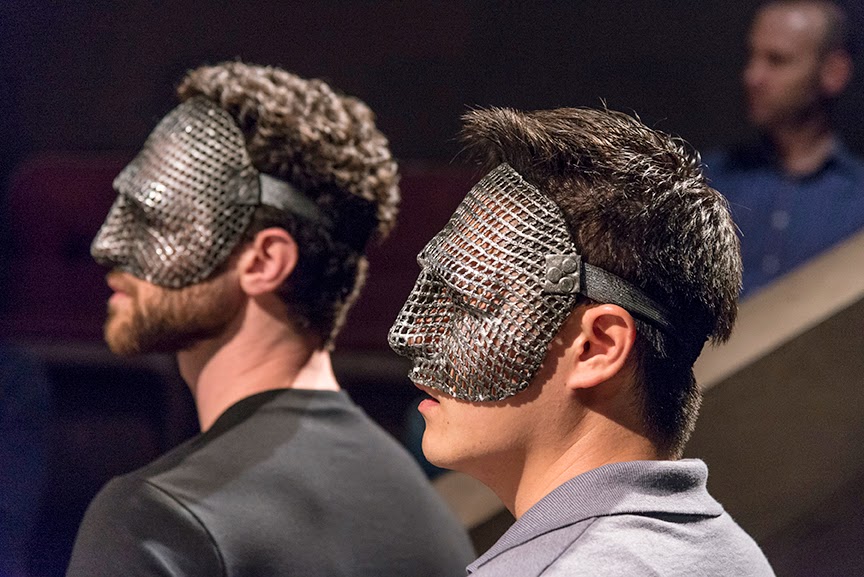 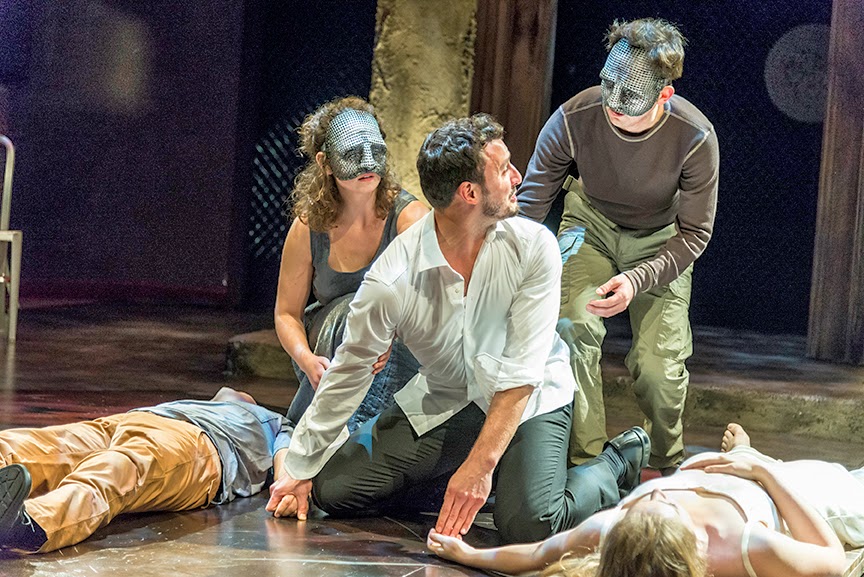 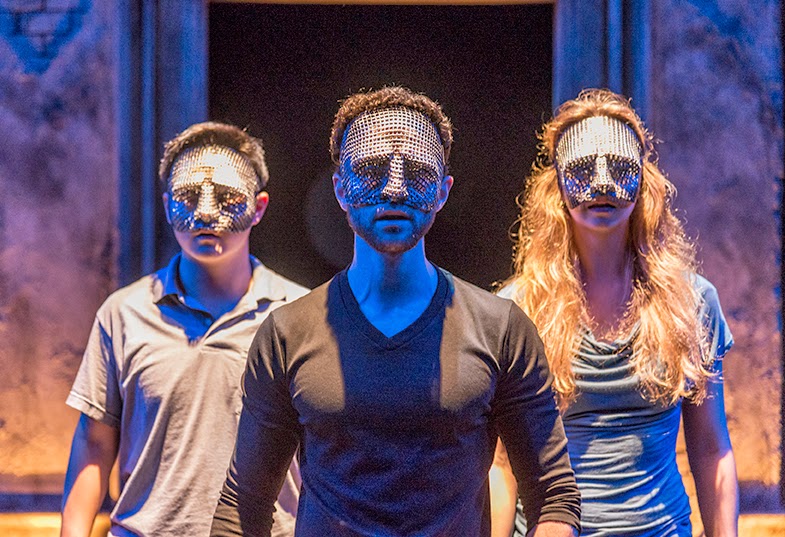 I'm hoping that this article might be useful for some of you for your own projects...   Research and development for the masks took the most time for me--as I mentioned it was an expensive learning curve.  Perhaps you won't need to go through that as well.  :)