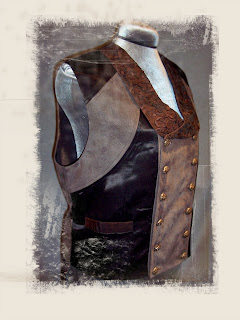 I subscribe to a lot of blogs, but only a few of them are by local people here in San Diego, or people that I know personally.  I don't know why, I just don't know a lot of people that are into blogging...  I can't say it's impacted my life much---with the internet it doesn't really matter if you're local or not.  You can read about the trials and tribulations of people on the other side of the world!

But this one artist here in San Diego posted a series of articles on his blog about his personal art collection, and how it's displayed in his home.  His name is John Purlia, and he's a photographer.  But he has a substantial collection of a variety of different art pieces that he has hung in different rooms in his house. His collection really reflects his personality and interests, and it's absolutely gorgeous!   He even shares images of his collection on his website. 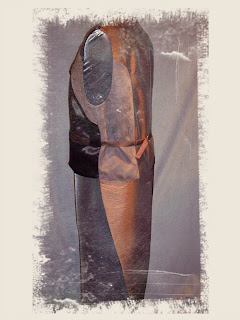 John takes us on a tour of his residence through a multi-day series of posts with photographs of his walls and interiors, with interesting stories of his collection.

And that got me thinking of others that I've known who own art pieces, and how they display it.  I had a landlord that bought art not because it would work with some "interior design" he was trying to accomplish but simply because the work intrigued him and he liked to look at it.  I think, bottom line, that a collector has to feel some sort of connection to a piece if they're going to display it in their home--otherwise they might as well seal it in a packing crate and put it in storage to try and collect value over time...  Art is, I think, meant to be enjoyed and seen.

It also got me thinking about the famous artist, Fred Babb, who created a painting that said, "Good Art Won't Match Your Sofa". 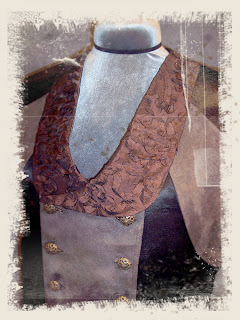 But this train of thought ultimately led me to contemplate the role of Wearable Art in our lives.  Because of our cultural milieu, art that is wearable isn't often considered in the same "category" as Fine Art (or that which can be defined as a sculpture or painting or some other piece with no other purpose but to be Art).  Because wearable art has a functional side as well as an artistic side, it is somehow considered less "pure" by most critics in the western art world--it's very utilitarianism defeats it's attempts to be artistic.  Because it's sometimes not considered as artistic as a painting, it's not held in the high regard that Fine Art might be, and is less sought after as collectors items.  Being less easy to define,  we don't recognize as much Wearable Art in our lives. 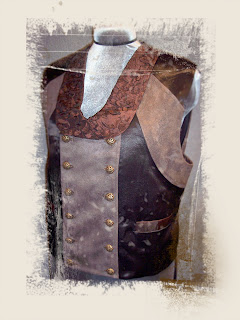 Fashion is collectable in part because of it's construction, but also because it was designed by a famous brand well known for accomplishment in the fashion world.  The pieces aren't necessarily collected for their aesthetics, but for their originating designer names.  I'm over-simplifying, of course, and shouldn't generalize everything into one lump.  There are exceptions.

But can the argument be made that Wearable Art probably wouldn't have the caché that something like Fine Art would have if displayed in one's living room?  I can't recall anyone in my life that actually displays, on a mannequin, any of their wearable art collection in their home.  It often lives in a closet if they even own any pieces.  We have hundreds of thousands of framing stores all across the country, but where are the commensurate stores for dress form displays for one's home?  Do we, as a culture, put any emphasis on displaying our wearable art collection like we do our collections of knickknacks, chotchkies, china plates, or wall hangings?

There is one significant distinction between Fine Art and Wearable Art:  Wearable Art is portable.  It goes with you.  You literally bring your collection of favorites to wherever your destination is instead of inviting others to your home where it is displayed.  In some respects, your body is the museum.  It is an opportunity to be a walking gallery.  It is a moveable collection.

So my question for you is:  Do you use your body for display of your favorite pieces?  Do you share with others your collection?  How do you display it?