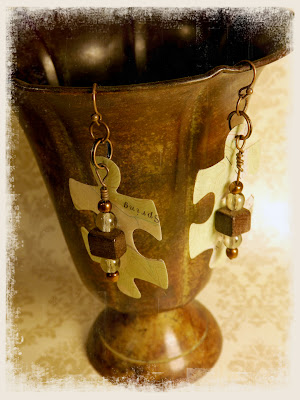 Today I was gathering some items I had recently sold so they could be shipped out to their buyer's destinations.  I'm quite proud that I've made some international sales---one of these was going to Australia---and at the same time shocked and surprised that international sales are as common as they are nowadays...  I'm a member of the last generation that can remember life without the internet, and computers.  I remember my college professors excluding "dot matrix" printers as acceptable printing options.  I remember signing into my university's computer lab to use the Apple IIe, and bringing floppy disks with me...  Ah, the good old days.  I guess international shipping is just a sign of the times, eh?  The world is getting smaller all the time.

But as I was thinking that, my brain skipped to a stream-of-consciousness thought and pondered if people in different parts of the world were making what I was making.  I wondered if there was someone out there manufacturing ruffs and doing what I do by machine instead of by hand.  I wondered if I could justify what I was charging, because my next thought was imagining a customer criticizing my prices and saying, "Why should I pay this much when I can get it from China a lot cheaper?"

And that prompted me to come in and type this blog post.

You see, there are LOTS of reasons why I charge the prices I do.  And for all those boutique/art fair participants who might have shared this same train of thought as I have, this is for you, too.

First off, most items in art fairs, shows, and boutiques are just that:  boutique items or art.  These things aren't what a manufacturer is even interested in making---the profit margins are commonly too low.  Manufacturing is about making large quantities of identical items, creating an assembly line process that makes the making cost effective.  Most boutique and art fair items are generally created in such limited quantities, no manufacturer is going to bother spending the money creating the set up and buying the small amount of materials for such a small return on investment.  It just isn't practical.  My pieces are all made one at a time.  And none of them are exactly the same. 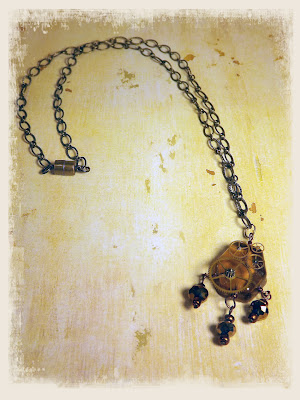 Secondly, most boutique items or fair items are generally made by hand or at least require so much human input in the process of creating that machine manufacturing it is impractical.  The human interaction factor is too high, and thus it costs too much to make en masse.  If it's art, it's obvious the art can't be made without the individual artist's hand or vision.  Now some would argue that non-American workers will work for less, and thus lower the cost of the product.  Well, that idea worked for a while as manufacturing fled overseas away from the US to cheaper production markets.  But now that plan has impacted our local economies to such a degree that more and more Americans are less interested in supporting foreign manufacturing...  Many people that I know are drawing an imaginary line in the sand and are willing to pay extra for products with local affinities.  The thought being that everything is unaffordable anyway, so what's the difference?  If you're going to spend you're money, spend it where it has the most impact on your community and pay the local workers and artisans first.  All my pieces are made by me, by hand, in my studio here in San Diego.  Where I use the money I'm paid for my pieces to buy groceries and support local businesses.

Third, most items sold at fairs or in boutiques usually have a story behind them.  Manufactured items generally do not.  In fact, most manufactured items strive to rise above their origins of mass production, sometimes downplaying it and seeking a sense of individuality and uniqueness that simply isn't truly possible.  The mass market is collapsing in certain areas as it becomes overtly obvious no one is really interested in owning exactly what everyone else has.  If you're making 10,000 of the same thing, how original and unique is it?  And why would someone want to pay a boutique price for it?  I make my pieces for customers that don't want to look like everyone else, who value individual and dramatic appearance so they can stand out in a crowd.

Fourth, the specialty items at art fairs and in boutiques are sometimes made of materials that aren't optimal for manufacturing.  Either the materials are too expensive (making the profit margin decrease to unacceptable levels) or they are too personal (vintage family fabrics, backyard views, local supply chains) or they are too unique (ruffs made out of scrap silk upholstery fabric, for example).  Manufacturing can replicate the effect, but not the integrity or authenticity of their base ingredients.  The materials themselves can be as important as the resulting art pieces.  No one can make the neckwear I make with my great-grandmother's hand painted porcelain pieces.  No one can exactly replicate my hand painted garments with the quality of my lines.  And while it's possible to replicate some of the things I make...  Well, honestly.  Would you bother?  Really?  Truly?  Without any creative input of your own? 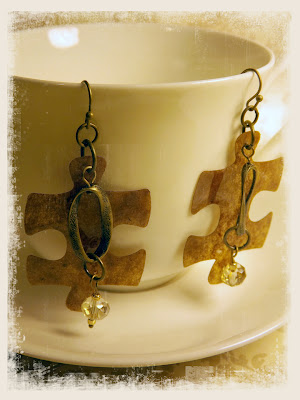 Fifth, and finally, boutique items are not made to compete with mass-produced items.  They are in a class by themselves.  To explain this, let me tell you a history:  I once heard about two schools of thought in the beginning of car manufacturing.  American car manufacturers carefully doled out new developments in car technology, exploiting each new discovery for maximum profit, and building cars at as low a quality as they could get away with, knowing that eventually it would wear out and a new car would be purchased.  Built-in obsolescence.  European car manufacturers, in contrast, built a product and sold it for what it was:  the best they could make for the price.  And thus, most high-end luxury cars were European for many years.  Quality over quantity.  Likewise, a boutique item is usually not created to be as cheaply assembled as possible---it can't be, as manufacturing in bulk is the only way to truly accomplish that.  Instead, I would venture to say that true boutique items are made to the best of their ability for the price.  But that may be just a philosophy of my own that I'm "imposing" on others...  :)

So I'm not going to feel guilty about why I charge what I do.  I'm not going to feel weird about making stuff that's so unique it's a novelty.  I'm not going to stop moving forward in my efforts to create beautiful one-of-a-kind pieces that I know someday someone will figure out how to manufactur.  Because what I'm making is only part of what I'm selling.  And the same holds true for all you art fair artisans out there, and all those looking for that special boutique to sell your wares in (like me!).

And if I'm ever asked, "Why should I pay this much when I could get it from China a lot cheaper?", I'll simply tell them in return, "Go ahead.  Good luck with that!"