It's tough to remain motivated sometimes.  I don't know whether it's just that I'm not excited about what I'm doing, or I'm feeling frustrated about my projects.  Perhaps it's because I feel like I'm not earning the amount of money I should.  Sometimes it's just that I'm too lazy, or there's something on television I am entranced by (something I'm remedying within a couple days--see my last post).  Sometimes I'm feeling depressed that I haven't sold anything in a while, and it's easier to whine and mope than it is to feel like I'm doing something constructive.  You ever feel that way? 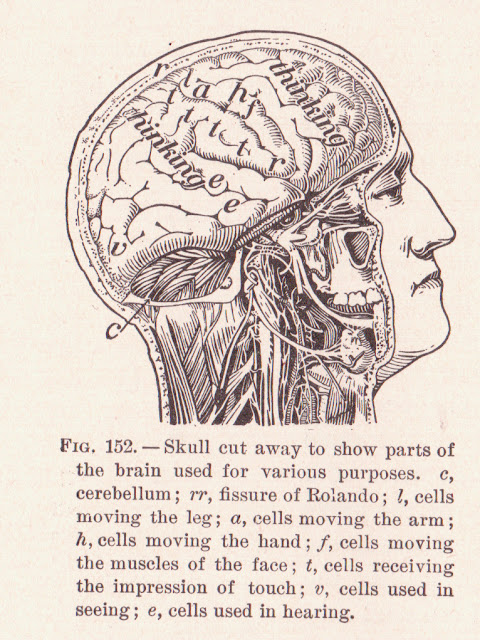 Bottom line, though, is that you just have to do it.  No one can provide impetus for you.  No one can inspire you if you don't want to be inspired.  No one can generate excitement in your heart unless you are already pre-disposed to being excited.

I've found that I have several recurring thought patterns that I experience when I start to feel unmotivated to do work.  The first one is to feel guilty about feeling unmotivated.  I have no excuse, really, to not be working, as there are a lot of artists that can only dream of being as lucky as I am, and I haven't done enough work to feel tired.

The second thing I start to think is that perhaps I am not supposed to be doing what I'm doing if I find I'm "forcing" myself to do all of this.

The third is to wonder if I'm really actually good at anything.

Ultimately, all this thinking is simply a nihilistic spiral of depression and angst that I have too easily developed into a habit.  I've had a bit of experience battling depression, and let me tell you it's not as easy to kick as one thinks.  But one thing that helps is knowing that defeating depression is often about teaching your brain to reconfigure it's comfortable pathways of thinking that we all retread over and over again...  Making new pathways is hard, and until we start following them repetitively (thus making new habits) we are doomed to slide down the familiar road of angst and artistic self-deprecation time after time...

Stopping it requires developing new synapses so we start thinking differently.  Our brain patterns take the optimum path of least resistance, and thus our electrical neurons fire along paths that are well-used through habit.  If we don't use them, they're not as developed.  Over time, we literally program our brains into a set way of thinking.  Until we start to think "outside of the box", with new habits and new synaptic pathways for our neurons to follow, we'll continue to get depressed because our brains can't do anything different but use the only paths they can.  We're inadvertently stimulating parts of our brain that make us feel sad, tired, and bummed.  And we're so used to it our brains find it hard to do anything else.  The pathways become interstates, and the old roads degenerate to deer trails.

The key to changing that is making new habits.  And that's where it's necessary to provide structure and control over your day and creative endeavors as an artist.  Again and again I've read that true artists aren't willy-nilly free-thinking extroverts but self-disciplined, diligent practitioners of repetition.  It's hard to imagine that discovery and experimentation can come through repetition and regulation, but without parameters there can be nothing "outside of the parameters".

One of my professors in college called them "Delimitations".  He said without the rules for writing papers and the formatting already in place, we'd all struggle with the "how" of saying things instead of pondering the "why".  Without rules, there can be no games and no winners.  Without rules on what we could and couldn't write, and how, we wouldn't be able to move beyond them.  So rules, in a way, aren't boundaries--they're actually gateways to moving beyond boundaries.

I think my struggle for this coming year is going to be forcing myself to create my own limitations, my own rules, my own schedule, and thus my own self-discipline.

Because without them, I am doing nothing.

One of the crutches that I have always used in the past to feel more creative is to buy stuff--tools, paints, fabric, books, whatever...  Suffice to say, art supply stores, book stores, and fabric stores are very dangerous places for me!!  Haha!!  I let the materials or fabric or magazines create a false sense of accomplishment in me.  In other words, I contemplate making things without actually making them.  I plan to make things and dream of variations of what inspires me, but I never really follow through and make anything.  Thus my collection of tools, supplies, and fabric gets bigger and bigger while my actual body of work doesn't seem to increase at all.

And my cyclone of guilt starts all over again.  Wasted money, wasted time. Grr. 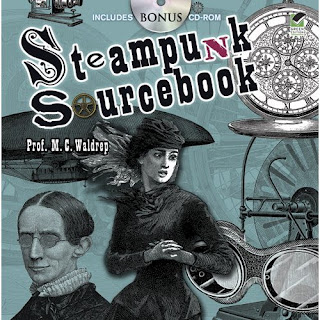 Experts say this might be a symptom of our cultural "spectator" mindset.  Television, sporting events, reality programming, social networking--even texting--all stimulate dopamine in our brains, lulling ourselves into a stimulating yet fake and vicarious sense of experience.  We feel like we've done something or experienced something, but we really haven't.  The brain responds by firing synapses along pathways, and we're happy.  That's why armchair quarterbacking is so popular and satisfying:  our sympathetic response is translating into empathy, and we feel actual elation when we see a team score or angry when something goes wrong.  (Incidentally, some say that's also why texting is so popular amongst teens--whenever they get a text their brain goes "bing" with a tiny shot of dopamine and it makes them feel happy/needed/socially secure/validated/important, etc.  Remember Bye Bye Birdie's telephone scene?)  But it's all just empty calories.

Today I got a shipment of things from Amazon.  Some books I ordered on Steampunk, a third hand to help me with soldering, and a wire jig to help me with creating some jewelry I want to make.  But all these "things" aren't going to help me in the studio unless I have the internal discipline to follow through on the investment I've made in them.

Today, I stood in my studio on a bright sunny Southern California day and felt relatively inept and helpless.  I was surrounded by toys, and had no will to play.

So I did what I could.  I played around on my computer in Photoshop and created a new desktop wallpaper using one of the images from one of the books that I had purchased--Steampunk Sourcebook published by Dover.  Then I wrote this blog post.

I'm finally realizing that if I don't start acknowledging what is happening and start doing at least one thing that I feel is constructive, I end up staying in a "nowhere funk" and nothing gets done...  If I can just keep doing one little thing after another, I can start to develop those new habits.  If I can keep myself busy and not procrastinating, I'm on the path to moving forward.  It doesn't matter what direction I'm going--in moments like this anywhere is forward.

I'm not sure if sharing all of this is good or bad or if you're even still reading... Not much of an artistic post or even a business-oriented one.  But I think we all experience these feelings once in a while, and for those of us who are completely self-reliant upon our own skills as artists, it's important to share with each other how to recognize and deal with these parts of life before we become completely incapable of doing anything about them.

Getting yourself excited is hard.  If you can develop routine, you don't need to rely upon self-motivation as much--it's already a habit.  And you can move on to contemplating much more important things in your creative life, and pondering the "whys" instead of the "hows".

And start Living Life with Relish.