Diligence in the Face of Weariness 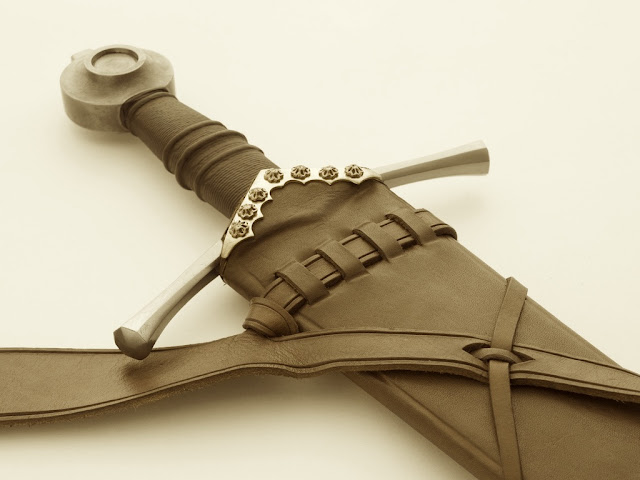 This last week was a tough one for me.  I was working during the day at La Jolla Playhouse on a velvet suit primarily, but sporadically I would be assigned other tasks that varied widely.  At a certain point, a suit becomes a "one person job", so I never knew how long my day was going to be, nor when I was going to shift back to doing what I was actually hired for (which was doing the laundry and maintenance for the musical that is currently running).  The weekend concluded with a sick colleague needing to take some time off and figuring out how to fill in for him.  The end result was a completely disjointed work week that has left me a bit frazzled and exhausted, even though I didn't really do much that I felt required intensive concentration or effort to warrant how I'm feeling...

You ever have weeks like that?  I was left with fewer blocks of time to work on my art, and even then I couldn't really focus my attention to work on anything...

Hasn't been an incredibly constructive week, lemme tell ya.

You have periods like that?  I can't complain, really--I have a job, which is more than some do right now.

I just wish I could figure out a way to hone my attention and have substantive results without using coffee!  Haha!  I feel like I don't have any margin for whining, so I'm trying not to do that.  I'm reminded of a great book I read a while ago, The War of Art by Steven Pressfield, and it's sequel Do the Work.  He talks about "Resistance" as an ever present mental demon that artists are constantly battling.  I understand that in spades.  It would be so easy to simply write off my free time as I "recuperate" from my part-time workdays...  It's finding a way to bridge the transition from one work place to my own studio and still maintain momentum that is the hard part for me.  I recognize my demon is lurking behind that feeling...

Twyla Tharp also wrote a great book called The Creative Habit that touches on many of the same things that Pressfield's books discuss, but she emphasizes the need for structure in an artists' life.  The presence of a consistent schedule, a discipline in one's approach to creating that is sort of "baked in", and a recognition of one's own inherent creativity that can't be replicated by anyone else as an inspiration toward investing in yourself...

I see the demon in my lack of a developed habit.  And I think that's because I haven't embraced the execution of repetitive action as a key to creation.  I think that often there's a cultural emphasis on the freedom of being a creative artist, but so little understanding how that very freedom can be as inhibitive as it is liberating.  All the free time in the world does not mean one will actually bend their will to the act of making.  All the options and inspirations at your fingertips do nothing if one doesn't actually turn away eventually and apply them.

It's the act of doing that is the truly liberating part of art.  And often, an artist needs structure and repetition to do the doing.  And one can't get that if one isn't ready to buckle down and fight the demon.

Time to polish up my longsword.