I used to collect images on Pinterest until today. For those of you who don't know what Pinterest is, it's a site that allows you to collect images from the web in "collections" based on whatever theme you assign to them.  You can even allow others to add images to the collection if you want.  The collections of images (style boards, if you will) are then available to be viewed by the other members of Pinterest, and individual images "re-pinned" into their own collections.

I found this to be an incredibly helpful method to organize my own thoughts regarding inspiration and projects that I would like to try on my own.  I even had a category of "Potential Future Projects" that was filled with images I had downloaded from various sites, things I wanted to make on my own at some point in the future.

Then I read some posts on various blogs that started me thinking... Here and here...

The issues they discussed were a bit different, but it got me going down a path that led me to some conclusions of my own...

If I take an image from someone's site, and post it to my own public collection without their permission nor attribution, am I ethically doing the right thing?  It's one thing to collect them for personal use, but isn't it quite another to post them onto a site out of the context of their original setting, then put them into a searchable index, and then allow others to repost the same image, all without needing to visit the original website... At all?

I've started going out of my way to try to attribute where the images come from that I use on my own blog, and I'm now only using images from the Creative Commons collection on Flickr for my blog, making sure I provide a link back to the Flickr user's photostream where I got it.  The Creative Commons Attribution License allows for me to use the images from their photostreams as long as I meet certain criteria ranging from giving them credit, avoiding "derivations" of the work, and whether or not I can use it commercially.  I know that the people who offer their work under the Creative Commons License have given me permission to use their images.  If I use them in a way that's outside of the parameters of the kind of license they choose to share them with, I can be sued for copyright infringement.

As I mentioned before, I used Pinterest primarily for collecting research, inspiration, and projects I'd like to modify or try myself.  I didn't allow others to post images to my collections.  For me, it was a glorified filing system.

And then I found Evernote, a program that is much more robust in it's ability to organize a wider variety of files--including video and sound.  I can bookmark webpages and include notations, and keep them in collections with inspirational images and scanned in sketches, photos, and raw images of my own from a variety of creative programs.  It can be used for a vast number of applications--from writing to business as well as hobbyists.  On top of that, you can share your files over email with whomever you choose, so it has a lot of collaborative possibilities also--even though I'm using it as a filing system, not to share images.  It's also free up to a certain level, but then it requires a fee to get into higher levels of storage capacity.

Further, it alleviates some of my stress over inadvertently sharing images that the owners may not desire to be shared, and I cover my bases legally.  I collect the images for my personal use.

Beyond that, it focuses me a bit more.  It's less about my ability to create interesting groups of images, and more about what I actually do with them...  I'm not saying that creating style boards of things that have a certain "somethin' somethin'" isn't a fascinating thing to do, but ultimately it's what we do with that inspiration that's important.  I wonder if the act of collecting isn't a poor vicarious substitute that provides us with a false feeling of accomplishment instead of helping us get actual work done...  At least that's how I personally feel sometimes...  Collecting research can be a satisfying process, but eventually it has to be put aside to pick up the tools and make choices...

I just didn't want my personal inspirational process to be the focus of things for me.  And spending my time collecting the images instead of doing the work was inadvertently making it my focus.

So I transfered all my image collections to my Evernote notebooks today, then deleted all my boards on Pinterest.  I feel better about myself now.  I feel like I took a step toward self discipline, and a step away from what I was starting to feel was a sorta "narcissistic" side of sharing myself that really didn't have anything to do with my work...  It's probably not that way for others, but it was a big step for me, personally. 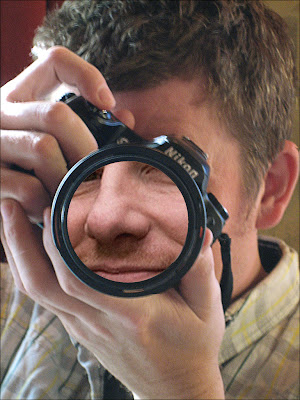 Frankly, most of the quandary over Pinterest in the crafting community is how often craft work has been appearing in collections marked "DIY", rather than purchasing the actual work.  I can understand the frustration, really.  As I said earlier, I had my own board of "Potential Future Projects" that I wanted to do.  But there isn't anything anyone can do about that, really, except be conscious of how that makes others feel when you're taking an image of their work and essentially telling them you're going to steal their idea and do it yourself.  It's rather like taking photos of someone else's work in a craft fair booth, or a museum.  It's considered rude when you tell an artist, to his face, "I can do this myself.  Thanks for the idea, but I don't care about what you put into this.  Thanks for doing all the work for me and figuring it out so I don't have to.  See ya, sucker!"  I don't want to accidentally contribute to those hard feelings--or at least not assist in the spread of those feelings through thoughtlessness.

I'm more than happy to share my work with others, and I know my Etsy site (like so many others) may have had several images uploaded to various "DIY" Pinterest collections.  That's okay by me--If people feel that they can do what I do then I guess they're not my sales demographic, and I should be looking for customers who might not have the skills or who simply might not care to do it themselves.  And maybe, in the end, that's really why I took my inspirational resources off of Pinterest...  Because I'm doing the work.  If you'd like to do the work, you can find the inspirational materials on your own just like I had to.

Bleh.  Enough of that.  Thoughts?  Questions?  Concerns?  I'd love to hear what you think, of if you feel I've forgotten some aspect of things that I hadn't considered...  Let me know.  : )