A Fable About a Donkey

You all know I listen to podcasts a lot.  I subscribe to quite a few of them through iTunes, and have listened to some great interviews that I've really enjoyed.

I heard a story on one of them that I connected with that I wanted to share. 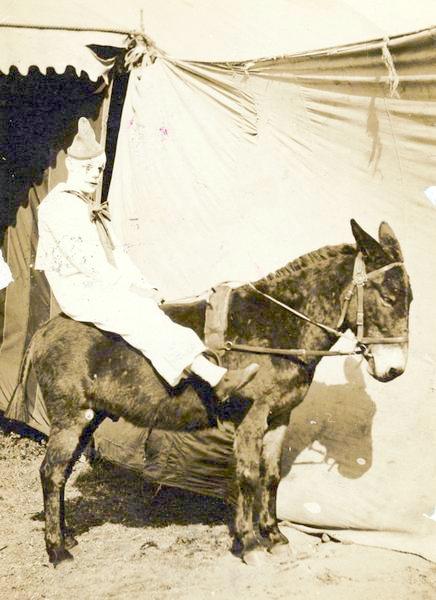 Once upon a time, there was an old man and a young boy and a donkey.  They were on a long trip to their local village, and the old man was riding the donkey as the boy walked along beside them.

They came upon some people who started to berate the old man.  "How can you let that little boy walk all that way?"  The old man was embarrassed, and got off the donkey, putting the little boy on its back instead.  They travelled on.

Soon, they came upon another group of people.  They chided the young boy, "Where are you manners?  Don't you respect your elders?  He is an old man!  He should be riding the donkey instead of you!"  Well, this deeply embarrassed the young boy, and he got off the donkey.

The two of them decided together that perhaps they should both walk.  As they journeyed on, they came across some farmers who started to laugh at them.  "What are you doing?  You have a perfectly good donkey, and you're walking beside it!"  Both of the travelers were embarrassed now, and decided perhaps they should both ride the donkey.  The old man climbed up behind the young boy, and they sauntered on.

Soon they came to yet another group of people who criticized them roundly for abusing the poor donkey.  "He can't handle the weight of both of you!  What kind of people are you?  How abusive!"  They both got off the donkey.

After some discussion, the two travelers realized the poor donkey was tired,  and decided to carry the donkey the rest of the way.  It was heavy, but the village was in sight just over a bridge.  But just as they crossed halfway over the bridge, the donkey slipped from there grasp and fell into the water.  And drowned.

The moral of the story?

If you try to please everyone, kiss your ass goodbye.

So be who you are.  Wear what you want.  Express yourself.

And Live Life with Relish!