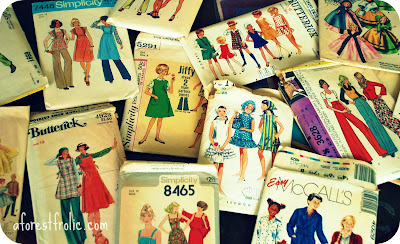 I know.  It's May--why on earth would you care to think about Halloween costumes?  It's months away!

Because if you want to sew your own, and your time is precious, then it's a good time to at least start contemplating what you'd prefer to wear.  Sewing takes time--especially for busy folks like all of us!

There are lots of reasons to think about your Halloween attire early.  Take it from a procrastinator.  I can't tell you how many times I've told myself, "Next year, I'm going to do blah blah blah..." and I never really get around to it.  I seem to be one of those people who has mastered making big plans "after the fact", but needs to develop his skills in "planning ahead".

So this is an official reminder notice to all those folks out in the blogosphere--if you're going to make any Halloween costumes start thinking about it now!

There are lots of historical pattern companies out there--some better than others, and some more complicated to construct than others.  Regardless, it's possible to find interesting costume options using patterns from previous eras in history.  For your convenience, I've listed a few here:

In addition to the links above, there is a website that I am quite fond of that lists the "motherload" of costume links--supplies, visual history, patterns, philosophies, etc.  I can't say enough about this website.  It was begun by Dr. Tara Maginnis (formerly of the University of Alaska-Fairbanks) and is hosted nowadays by onlinecostumestore.com.

It's called The Costumer's Manifesto.  It's at:
http://www.costumes.org/

I urge you to explore the thousands (and I mean Thousands) of links on this site. Here's the page of her list of pattern sites. 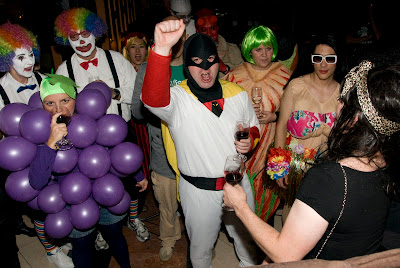 Halloween is fun! It's the one opportunity most of us have to play an alter-ego for a while, and reveal certain aspects of our personality that we may not normally be able to share with others.  The choice to dress up as a princess, a pirate, or a porcupine reflects upon our character and makes a comment on our natures.  Our attention to detail can reflect upon our participatory nature, our creativity, our budgetary boundaries, and our taste.

We may have kids that desire something "cool", a special party to attend, or simply an evening passing out candy at our front door.  Different "levels" of costumes may be more appropriate to specific situations--a more complete and formal costume versus an easily discardable piece that won't get in the way.  Some costumes are convincingly realistic in their detail, some are completely abstracted and simplified.  A costume may be as elaborate as desired, requiring years of planning and thousands of dollars to execute, or as simple as a single accessory bought at a checkout stand for 99¢.

With such variety of possibility it's easy to feel daunted.  You don't have to be.  If you plan ahead.

Until next time, have fun exploring!!  And Life Life with Relish!