Some Thoughts on "Handmade Nation" 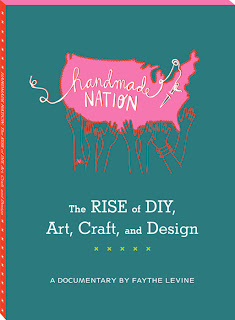 So I finally watched the documentary Handmade Nation last night.  I hadn't seen it, and my friend Robin Sanford Roberts had purchased it over a year ago planning on the two of us watching it together.  She waited and waited until finally last night we saw it at long last.

I'd read blogs that alluded to many of the issues that were brought up in the documentary, but seeing it all articulated by numerous people in about an hour was really quite remarkable.

The documentary interviews several crafters, artists, artisans, entrepreneurs, magazine editors, and boutique owners.  It describes what the burgeoning "DIY" movement is and why it has become such a phenomenon.  DIY stands for Do It Yourself, and the people in this particular documentary are making it happen. 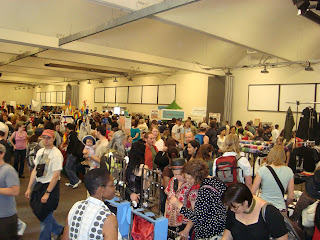 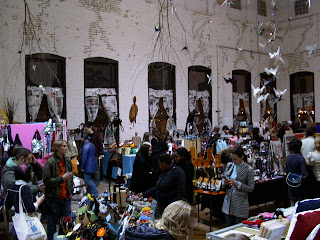 Handmade Nation also talks a bit about the politics behind the movement and what it expresses about specific matters of industry and mechanization.  I had not thought about the DIY movement's seminal origins being based in the Punk movement, but it actually makes sense.  The political undertones that were present as part of Punk are also responsible, in part, for the rejection of status quo that is in DIY.  There is a real statement behind making and doing things that are not manufactured.  There is a strength in cherishing the individual expression and not the mass produced.  There is a real dissatisfaction in relying upon big business to determine what is valued in this country, and the DIY movement is part of that.

I had been exposed to these aspects of the DIY movement before through various blogs and podcasts, but I hadn't seen them so clearly expressed and simplified.  It was refreshing! 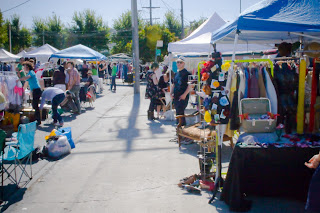 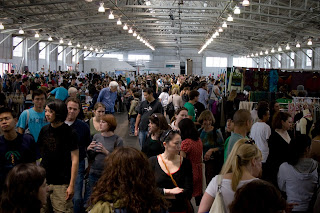 It reminds me a LOT of the Arts and Crafts Movement of the early 1900's.  There was a big push against mass production and the dehumanization of the assembly line once it was discovered that it took very little skill to perform one function alongside a line of other workers also doing a single function.  The functions all added up to a finished product, but no one could claim they knew how to actually make anything--only their part of the process.  Artisan skills were, in the end, devalued.  Consumerism became entrenched as the general populace began demanding more for less, making craft an expensive luxury in the face of machines that could produce more at a faster rate.  The Arts and Crafts movement flew in the face of that.

And the DIY movement is doing the same thing.  Raising chickens, growing one's own garden, making one's own meals, upcycling clothing... It's all part and parcel of the same thing.  It's not like it ever disappeared, but with DIY there is a renewed pride in these activities.  They are valued more. 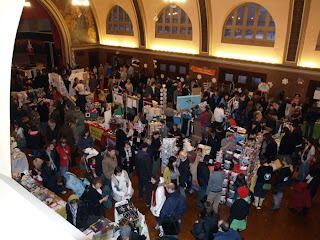 Handmade Nation puts a face on the people who are part of this movement in the crafting segment.

And it's surprising how young they are!  30-somethings that have tattoos and body piercings, sometimes dreadlocks or long beards. Unabashedly becoming entrepreneurs and doing it their way.  Unapologetic in how they embrace simplicity and attention to detail, these folks are at the forefront simply by being average everyday people.  And they're trying to make their values gel with the contemporary, fast-paced world that can so often scoff them for having no impact.

Well, they're making their mark.  And as the movement peaks, we'll see what "consumerism" makes of it.  As the documentary address, there is a growing fear that artisan-based crafting could easily become simply another marketing tool, washing out it's authenticity and upending the very roots it has sprung from.  Who knows?

Until then, let's see what we can make, huh?  I've learned from watching that I'd rather buy local and handcrafted and support my friends than give my money to large corporations.  All I have to do is find the same people who are willing to buy my handcrafted items that I make.