I make costumes for a living.  I've developed design and sewing skills for many years, and I now I'm moving down a path toward high end costumes and artwear.

In the past, around this time of year, I had always been working on a theatrical show of some kind, because the academic year in higher education in the US made this particular time a good one to schedule productions in.  It just fits within the semester schedule. 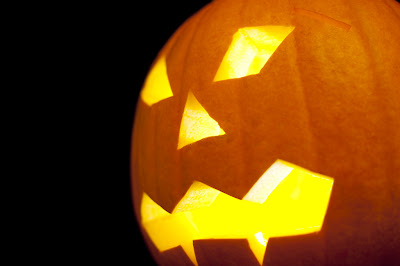 As a consequence, I've not really had time to develop any Halloween-oriented costumes for myself.  I sorta ignored it or put on a wig if I had to have something and went as a "flower child".  Working at a university, I always fielded one or two calls from various faculty or staff that were looking for advice on costumes or wanted to borrow something from the school's stock (which was a definite no-no...  I would have been opening up a can of worms if I let that happen...).

So I've always come to dread Halloween as a holiday, because it usually meant more work for me trying to find access to what I needed in crowded fabric stores or simply fighting the throngs of crowds in the second-hand stores.   Doing a show around Halloween isn't easy, lemme tell ya.  In general I was always too busy to do anything for myself or my friends, and ended up avoiding the holiday altogether.

But this year Halloween was different.  I was asked by a friend of mine to help her construct some actual Halloween costumes she'd been contracted to do for a big party.  I got to construct some great, unusual costumes that I usually don't get to do because my theatrical productions were mostly "realistic" in nature.  Instead, this year I got to make an Evil Goldilocks and her Daddy Bear,  assist with what was essentially a werewolf, enhance some borrowed costumes from local theatres including Oberon and Titania, as well as create some fun little pieces that were used to flesh out pre-existing costumes for new wearers.

It was an experience I won't soon forget--not the typical costume construction that I'm used to!  I probably won't get pictures (as the guests to the party are mostly among the social elite and archival pictures aren't really a priority), but I will remember the creativity I got to apply to these costumes and it was a lot of fun!!

I still haven't done any costumes for myself or my partner... I think I'd have a very very high standard if I attempted it, and might end up sabotaging myself in the process...  My costumes for myself were always "comments" on costumes, not really costumes per se...  But I'm excited about the potential next year.  Not this year (to be sure, it's too late now!), but maybe next year.

I'm looking forward to more "traditional costumey" experiences for future Halloweens.  We'll see how it all falls together.  I don't think I dread the holiday anymore--I think I'm going to relish it.  : )