Well, I'm learning that when it rains, it pours.  Right now, I'm working on several projects at the same time, and surprisingly not assembling anything that will be developing into anything I can sell outright in any of my online storefronts...  But I'm developing things...  In my head...  hehe...

I have two projects that are taking most of my attention--finishing up the Kaiser Permanente Educational Theatre project that I've been hired to construct is my first priority.  The first set of stretch denim sailor suits are done, but I am working on the second set.  They are going quickly, as we learned what we needed to learn when we made the first set, so this group of duplicates isn't nearly so time consuming.  But they still require time to assemble.  And time is getting to be a precious commodity. 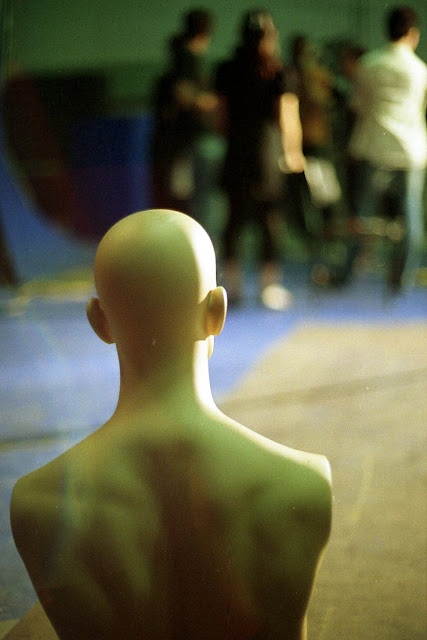 The other project that I am working on is a show for Diversionary Theatre here in San Diego called "Sextet".  It's a series of 6 gay themed one-act operas that feature six male singers in a variety of story vignettes.  The rehearsal period is incredibly short, the music is quite demanding, and the design is very tight and unified.  It goes up the last weekend in September.

So I am juggling both projects at the same time.  On top of that, I am dreaming at night of progressing on my Fairy Tales series.  I drafted up a potential design for Goldilocks--a short version of the same vest pattern I'm using for the other heroines and that I used for Elphaba and Glinda.  "Goldi" will probably be made of pink and white vinyl with yellow piping and honey-pot buttons and will be the most "ready to wear" of all the vests.  Simple and petite, I'm hoping it will reek of sassy and self-assured.  I plan on displaying it on a dress form over a simple white t-shirt with a low neck.

I've already purchased the materials for Sleeping Beauty, and just need to assemble them.  So she's on the way, but finding the time to actually get it down will be a bit of a challenge in the next two weeks.  Today, I researched the assembly of a giant "underpropper" for an Elizbethan whisk collar I am planning on developing for Cinderella.  I have great plans for paper bags with the Little Match Girl, too!

I am excited about the project because I have talked with the Diversionary folks about actually displaying them in the lobby of the theatre as an art installation for the run of one of their shows.  I've been imagining how they are going to be displayed as a unit, and what I can do to bring it all into a cohesive look aside from a simple artist statement.  I'm leaning toward suspended mobiles framing the dress forms, but we'll see how much can be accommodated...  LOL!  I think I'll need to worry about that later...