I've been listening to a new podcast that I found called Art Heroes.  It's put out by an artist named John T. Unger.  So far, his podcasts have been fascinating, but one in particular has hit me pretty hard--an interview with another artist named Mary Anne Davis.  She's a potter who focuses on making dinnerwear.

At one point in their conversation, they started talking about what makes something art, and the personal journey required for making it communicate something truly universal that speaks beyond it's form or function.  Their discussion really made me step back and think about what I'm doing with my "Relished Fairy Tales" idea.

John and Mary Anne made me think about what it is that I'm doing a bit deeper than what I had thought about my project before...  I realized that I was starting down a path with my idea that not only spoke to me but could have the probability of having a much larger universal statement.

I realized that what I am making is certainly a collection of pretty, decorative pieces of wearable art, but I hadn't thought about what I was trying to say with it.

Okay, this is where it gets kinda "heady"... 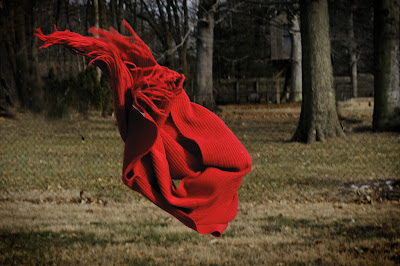 I realized that art, by default, is part of an ongoing conversation that's existed since the beginning of human expression, and while my pieces were certainly an offshoot of that conversation they weren't actually "participating" in it, or developing it, or contributing to it in a way that I had really considered.

I think this mysterious conversation that I'm referring to is really about the "human condition"...  What is it that makes us who we are, how we express ourselves, how we react to our cultures and why we feel what we feel.  I'm reminded of a quote that's attributed to the artist Edgar Degas: "Art is not what you see, but what you make others see."

I think I've been concentrating on the "wearable" part of wearable art.  I think my pieces not only need to be wearable, but I need to know how they fit into the art world and what I'm saying with them.  There is so much wonderful, exciting clothing out there in the world today, I can't afford to simply make pretty and decorative clothing--it has to say something more!  I'm not interested in making and trying to market yet another riff on fashion--there are too many people out there that are doing that already.  Their work is absolutely beautiful, but I need to go deeper and express something  more profound than basic adornment of the human body...

This business is called Relished Artistry for a reason.  I think I was forgetting that. 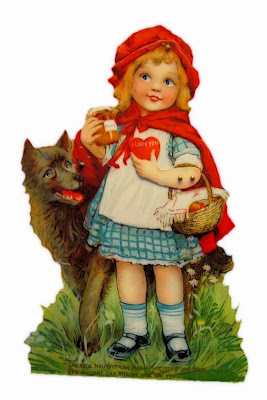 I enjoy my trips to museums and contemplating the ideas that are put forth by the artists there.  I like to investigate their perspectives and ideas and philosophies, and try to see life through their eyes.  I am very conscious that their paintings and sculptures are physical representations of what they see in their mind's eye, and I am fascinated by the understanding that their methods of manipulating a medium are a glimpse into their own awareness of their world.

Their pieces transcend simple decorative adornment, and move into making comments on their own humanity, their existence, their zeitgeist.  They add to the conversation.

And this podcast really made me step back and realize that perhaps with this "Relished Fairy Tales" project I can actually straddle the functional, utilitarian world of clothing and the realm of art.

I think I've discovered a meaning behind these garments that I hadn't had the guts to verbalize before.  It was always there, but sort of buried underneath everything for fear of articulating too much and seeming too "artsy fartsy".  But this podcast has prompted an epiphany that gives me some courage to be a bit more penetrating, and not feel like I might alienate my potential "audience".

So at this point, I'm starting to put together a draft of an artist statement about the collection.  And I'm personally even more excited about doing these pieces now, because I've discovered a way to approach the whole endeavor that is much more reflective, intellectual, and philosophical than what I've been doing.

More soon!  Until then, Live Life with Relish!