I got an email today from a student asking me about my costume design process.  I thought I'd share what I told her with all of you.

I'm flattered that you've found me and are asking me these questions!  I used to teach an undergraduate level Costume Design class myself!  Obviously you've found me though my website, so you know my background--introducing myself is sorta pointless... hehe..  : )  So let me get right to your questions:
1. Where do you look for research or inspiration besides costume books, and other texts?
I find that my research paths are dictated by the nature of the show:  realistic or stylized.
A more realistic show will require more specific period research--the best of which is usually found in printed texts, but more and more it's found online.  There are some really good photograph collections that are available if you do the right google searches (usually I find them by happenstance), but often you have to pay for a membership for access.  Researching online is less taboo than it used to be--you just have to make sure that the references are accurate--is this really a photo from 1911 or is it early 1930s, for example...  There are no editors on the internet.  Anyone can post anything and call it whatever they want.  You have to be careful.  Accuracy is never assured.
Using art references is by far our best option, but even then artists lie so their portrait's subject is flattered or the light falls in a certain way.  Fabric may not drape the way it's indicated in an artist's painting, so silhouette is somewhat circumspect.  "Artistic License" was used a bit less frequently in older days (unlike today's modeling figures which are inhumanly tall, for example) so you're pretty safe, but always keep it in mind.  Rembrandt's light, for example, isn't realistically possible to achieve with natural lighting--any lighting designer can tell you that.  Just an FYI. 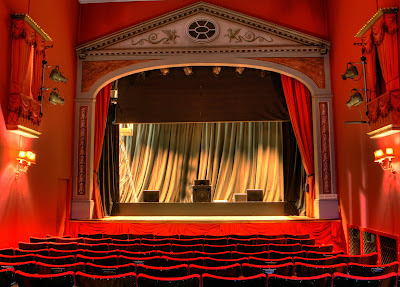 If the show is stylized, you have a lot more options.  It behooves you as a designer to respond to shapes, colors, form, line, texture...  I flip through magazines and find artist websites so I can respond to their styles and monitor my own emotional responses to their expressions.  I have a lot of books by various artists (museum gift shops are a GREAT place to go exploring for visual stimuli, by the way) that I flip through and see if I get a "feeling" similar to what I get from the play.  Music is a great way to focus one's emotional responses, too.  Does this play have a Nickle Creek feel, or a Black Sabbath edge?  Hmmm...
So in a nutshell, be open to all kinds of places for artistic  sources.  Uber-contemporary plays that incorporate non-traditional materials into the costuming can lead me to Style.com so I can check out the latest runway shows sometimes.  Talk about theatrical attire!
Other than that, getting to a viewing of real period pieces is always helpful.  I live in San Diego where there's a San Diego Historical Society that mounts costume exhibits all the time.  They're helpful to actually see the stuff.  I remember our Museum of Art had a Romanov exhibit come through, and it was invaluable to see the actual court gowns and swords from turn-of-the-century Russia.  Live exhibits are never useless.
2. Do you find that you draw everyday or a couple times a week to keep up your practice?
You have to.  I, unfortunately, don't.  So I find drawing to be a quite painful experience.  And it's (consequently) my biggest weakness.
As a Designer, part of how you get the thoughts and ideas out of your head and communicate them to someone else is through your ability to draw.  It is an essential part of our career field.  It cannot be done any other way unless you can figure out how to mind-meld somehow... 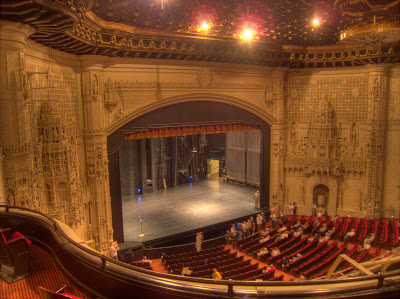 Directors and other collaborators will respond not only to the content of your drawings, but to how they are executed.  A well done rendering, that is artistically drawn and clear, will subliminally signal the viewer to trust your skills, your decision making, and your investment in the project.  It's not fair, but that's the way it is.  A designer that can draw great renderings is somehow considered better than someone who can't.
There are exceptions.  A quick perusal through Costume Design by Lynn Pecktal can demonstrate how this is possible.  Some great, successful designers can't draw worth crap.  But that is NOT the norm.  And you can't expect to be the exception to the rule.  If you're looking to go into costume design, you must must must learn how to get your ideas out of the word/verbal stage of description and onto the page/visual stage of demonstration.  Because one person's blue isn't going to be another person's blue, and one director's understanding of a bustle won't be another director's.
Giving color copies of your renderings to Stage Management to post up on the wall during rehearsal, along with copies of your research tends to cut down on questions and reminds them of your presence in the collaborative experience as a member of the team.  Make it easy for them--because inevitably they will block cartwheels in corsets and pin-point turns in trains...
And you cannot be precious with your renderings.  You must invest time and care, but be willing to throw it away if it doesn't work--the rendering is not the design, it is a tool to achieve the design that results on the stage.
I use Photoshop a lot.  I scan in research, collage it together, and use that as a way to facilitate communication instead of flipping through notebook folders of xeroxed copies of grainy images.  You can see examples in images 1 and 2 that I've attached.  Other times, I've used photoshop to scan in my own drawings, add color, and then arrange them in pretty ways to be more impressive than a simple rendering.  Images 3 and 4 show you an example of a background gone awry--terribly distracting!!  So you can see, in today's world of costume design, it's not good enough to just draw well, you have to be able to use computer programs to your best advantage as well... 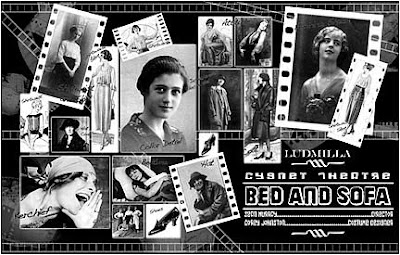 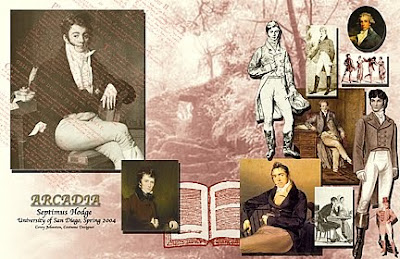 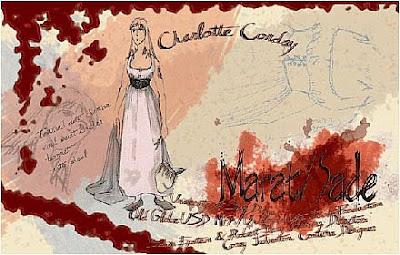 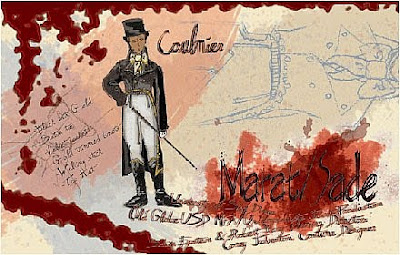 3. What was your biggest failure, or what technique did you find that did not work?
I have a tendency to stick to things that I know, because the time required to learn new things is sometimes more than I can spare...  So I've bent over backwards to try to accomplish things with the know-how that I currently have.  And sometimes that's even more time consuming!!  "If I knew I could do it that way, I wouldn't have wasted so much time!!  Argh!"


Being a designer that's used to designing and executing/building/constructing everything by myself without a crew and without assistants, I have found that my biggest disappointments have been in balancing the vision in my head with the capabilities of my own hands.  I can dream big.  I can't make big.  So most of my education has been in learning new technical skills and diving into the tech side of costuming so I can make my visions a reality easier.  My biggest disappointments have been in my own inability to make into reality what I had wanted to... 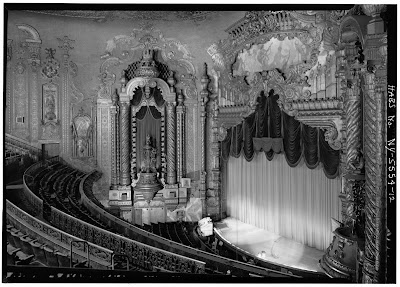 So I've inadvertently modified my design process to design "small".  If I can only design what I can build, it has an impact on one's ability to visualize, contemplate, and hypothesize about the possibilities.  It curtails my creativity, and therefore the creativity of the entire production team...  I would rather tell a director we can't do something because we can't afford it rather than because I don't know how and don't have the time to learn...  That's horribly disheartening to everyone.
Specifically, my biggest disappointments have not been with design or execution, but with my interactions on a director/designer level.  I don't know what they teach directors nowadays, but the "singular auteur" style of directing died a long time ago...  Good directors lead teams that have vision, and they may have their own ideas but they don't turn the rest of the collaborative team into production automatons.  Oftentimes, good directors step out of the way and concentrate on theme rather than the visual expression of that theme.  I heard a good analogy once:  A director is a cowboy, and everyone else involved in the production is a cow.  The cowboy's goal is to lead the herd to Dodge, but he's not going to tell each cow to "step here, and don't cross that river," etc.  He's in charge of the big picture, but how they get there is up to the cows.  Allowing members of a production team to be invested as contributors to a piece of theatre is a more effective way of directing than making them execute a pre-conceived package dreamt up by one person.  That continues to be my biggest disappointment in theatre:  it's supposed to be collaborative, but too often it's really not.
Okay, I've rambled.  LOL!  Hope this helps, Michelle!  If there are ANY other questions I can answer for you, let me know, okay?  Good luck!!
Corey Johnston
Alrighty!  Until next time, Live Life with Relish!
Top photo by alancleever_2000 via Flickr.  Creative Commons License.
Middle photo by BWChicago via Flickr.  Creative Commons License.
Bottom photo by whitewall buick via Flickr.  Creative Commons License.