So I'm listening to podcasts some more (yes it's another one of those commentaries on something you haven't heard, I guess).  I'm finding them incredibly helpful to keep me stimulated.  I often ponder the points that are mentioned in them, and the nuggets of insight are incredibly useful to me!  One of them that I listened to (I can't remember which one) had an idea that I have to share with you.

The methods we use to engage with others on the internet all have one thing in common, regardless of what type of social media it is: they all instill "presence" in those we interact with.

What is presence?  Ooh, I've had a wonderfully thoughtful time trying to figure that out!

But in an effort to define it, let me try to explain how presence can make an impact on people, and how a lack of presence can be detrimental to one's efforts to engage in any internet community (and apparently make a significant impact on a burgeoning business's efforts to succeed). 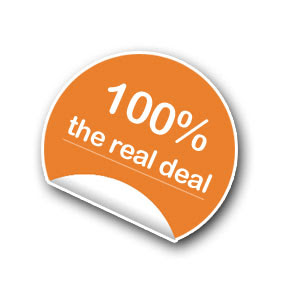 It's a given that people today are looking for more from the businesses they patronize--especially on the internet.  The advent of Social Media has made the passive businessperson obsolete because the consumer base has changed significantly since it started getting used.  It's not good enough to simply provide an internet venue to sell something, because people can get anything they want wherever they want literally at their fingertips whenever they want it.  So why choose to get something from one person over another, or one company over another, or one site over another?  The quality of the business's presence in their personal lives.

My colleague and I were talking about this yesterday.  She doesn't like going to Wal-Mart.  Neither do I, frankly, and we would both choose Target or Sears Essentials instead.  But our reasons for doing so have very little to do with what they offer--all carry similar items, all carry approximations of quality, and all seem to be identical in many respects.

But it's the stuff that has nothing to do with what they sell that makes us choose one over the other:  our perception of their politics and business practices.  To be quite honest, Target and Sears probably have similar business ethics, but our general understanding of Wal-Mart is somehow shaded differently.

Regardless of the accuracy of our perceptions, they influence our choice to shop there.  Our impression of their corporate identity impacts how we think of them.

The perception of a business on the internet is often correlated to their use (or lack thereof) of Social Media.  Regularity and quality of interaction, effective use of the tools, caliber of content...  When one doesn't have a face to see, the internet consumer seeks other means of identifying a business's authenticity and genuineness.  And how social media is used can influence that credibility.

But Social Media is to the internet was a fork is to a meal.  The fork is the delivery system for what's really important: the food.  It's not the use of the tools that make the message more real, it's what's being said with those tools.  It's not how you eat the food, it's the dish and the recipe.

And what most businesses don't realize is that it's not the use of Social Media that makes them more attractive, it's what they're doing with it.  If it's simply for spamming, then the company comes across as shallow and rather inept, two rather inauthentic qualities that can drive interested parties away.   Underneath Social Media, the person putting out has to be true.

And that's the great sea change in business for the beginning of the 21st Century, my friends.  Industrialism, mass production lines, conglomerates--essentially big business--is dying.  When people can have what they want when they want, they start to look for a bigger reason to buy it from you in particular.  And if you aren't forthright, credulous, honest, attentive, and respectful--in short, if you aren't present--then there's no point.