The last theatre show I have on my docket right now closed tonight.  I went in for strike for Noises Off, and the finality of it has hit home.

This is an unusual point in my life.  Several chapters have come to a close in rapid succession, much like a series of epilogues at the end of a book.  As I move on from a relatively secure job at my former university, I am also finishing up my current employment in theatre, which is what I have my Master's Degree in.  At this point, I am not doing anything in the field that I had spent my life preparing for.

And that's a scary situation to find one's self in. 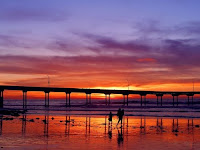 It's odd...  At this point in time, many a man has started to go through a sort of "mid-life crisis" for themselves...  And on the surface it seems to me like there are a lot of similarities...  Not only have I chosen to cut ties with one aspect of my career, another aspect has finished up naturally.  Working in theatre has been the driving force of my life thus far, and it's terribly disconcerting not to be either teaching it or working in it.

I've also had several personal things in my life come to an end--organizations I used to belong to, even friendships that I had thought were more solid than they were...  I'm left with the feeling of being sort of adrift...

On the other hand, I am in an enviable position.  I am starting out with a new beginning.  I have opened a new book, and starting a new chapter.  I am investing my time and energy into a different direction.  A sequel, if you will.

And that is a good thing.  The trick is to stay diligent.  It is easy to flounder...  I've been feeling confident one day and despair the next...  To choose a path through the forest (and yet be open to watching for clearer pathways) is not always the easiest thing to do.  And sometimes it seems like a dark forest that I'm entering right now... 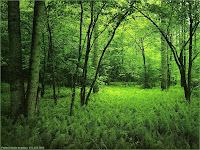 But I have to remember that there are wonders of nature that are waiting for me to see them.  Vistas of sunlight cascading through the forest, streams that turn into tiny waterfalls, and birds with songs that echo through the woods.  I've felt that feeling before, literally...  As a second grader, my family lived in a housing development called Oak Run, outside of Dahinda, Illinois.  There were forests and animal trails, and beautiful hidden valleys with creeks that dazzled the eyes and stirred the imagination.  That dark forest is only dark until you find your way and make your mental map of where you are.

Wow, I forced that analogy through the wringer, didn't I? Haha!

Well.  I have to keep progressing forward, working diligently at what I enjoy.  This business is going to succeed, I feel it.  And relishing every single moment--even the unsure ones-- is what this is all about.

Live life with Relish.  Because otherwise, what's the point?