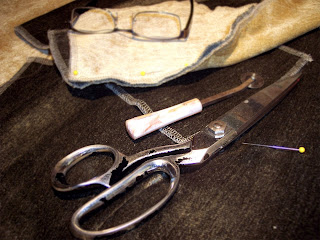 Last night I was up way too late for any rational human being, and I decided to start checking out what Etsy was all about.

I discovered the "teams" section, and found two teams that were specific to San Diego. Teams are groups of sellers that band together to promote their work--these teams were local ones in that their commonality as sellers was the fact they all lived in this area. So I was up until 3:00 in the morning clicking through all the different team members, scoping out their stores, looking at their profiles and searching for blogs... I found a LOT! Over 25 blogs and personal websites of just local Etsy sellers...
I found a trend. Most of the sellers were stay-at-home-moms (SAHMs for short--apparently that's the "lingo") or jewelry makers. And not that it's bad at all--good grief I love making jewelry! But it was all so overwhelming at one point... The jewelry itself was all so very distinct and different, and very little of it actually looked simple to make. I am just stupefied that people can stand out from the crowd with so many actually in the crowd!
And this morning I did a search on Etsy by geographical location... and got over 100... I'm a little floored. That's even more than were on the "teams". So I think I will have my hands full exploring and looking...
One awesome thing that happened: I found a young lady who is also in theatre, like myself, who is selling her own wares. She puts together her own massage candles, body butter, and bath bombs in her spare time when she is not being a dresser for the Old Globe Theatre. And her stuff looks awesome! The quality of her photographs is so appealing, and her stuff is totally Vegan--I can't tell you how cool it is! And she just started a little short of a year ago. So she's new to this, too. I emailed her through Etsy, and she introduced herself, and we're gonna do lunch sometime, hopefully! Here's her Etsy store: Chicken Scratch.
So off I go to work on a my women's coat project. My mother had suggested that I create something that was short, and I'm tired of seeing stuff made only for women that seem to be very tall and thin. I wanted to make something beautiful for someone with a figure like the average woman: a Sz 14 and larger. So I'm gonna. More pics later!
Live life with Relish!